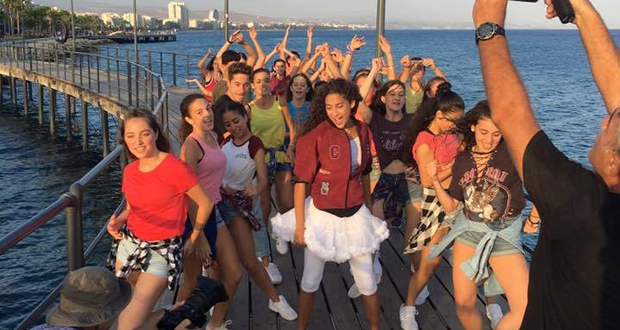 Nicole Nicolaou, who was internally selected by CyBC to represent her Cyprus at the Junior Eurovision Song Contest, has started recording the official video for her song “I wanna be a star”.

You can find a few pictures of the video shooting below:

The song “I wanna be a star”, which will be released soon, has been written Constantinos Christoforou and is about young people that need to believe in themselves for anything they want to achieve. So that one day they can reach the top and be a star with family support and plenty of love. The composer of the song represented Cyprus at the Eurovision Song Contest as a solo singer in 1996 and 2005 and as a member of the band One in 2002. It was revealed that Antigoni Tasouri will direct the stage performance for Cyprus at Junior Eurovision 2017.

What do you expect from Cyprus? Let us know in the comment section below!