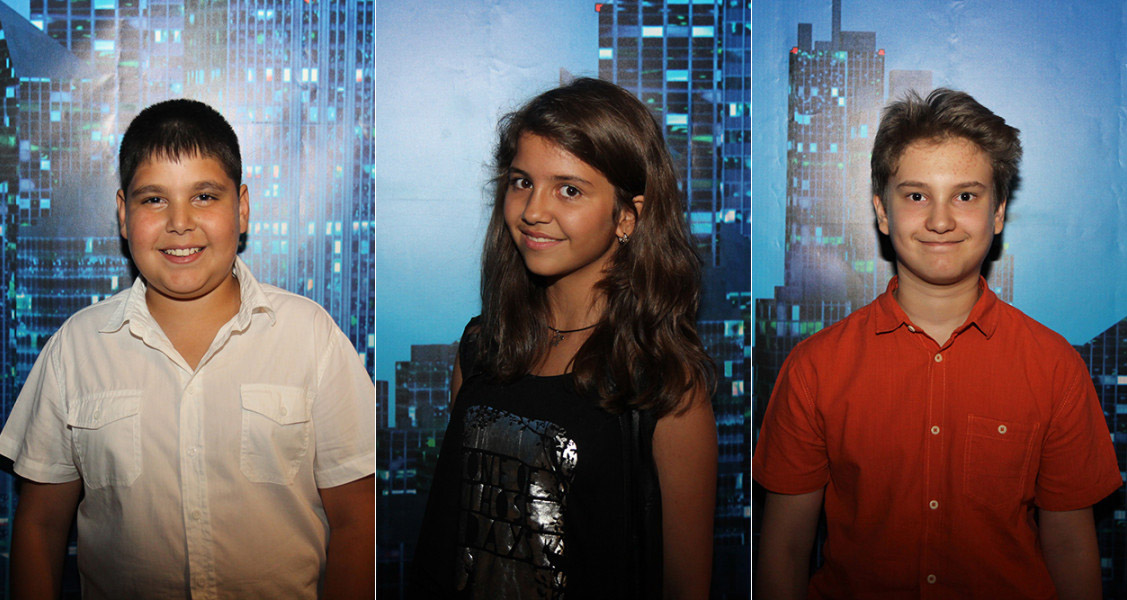 Today, the set of semi-final shows of the Bulgarian national selection to choose the artist who will wave the flag at Junior Eurovision 2015 has kicked off. Four semi-finals were set to determine who has the attitude and meets all the requirements needed to sing at the Bulgarian final whose date is still to be confirmed.

These past weeks, bTV’s “Slavi Show” has been airing short clips of the auditions, which took place last month. Now, the next stage of the national selection has come and all four semi-final shows are being live broadcasted from today and eventually, the last one on Thursday (from August 31st till September 3rd).

At today’s show, one of the qualifiers has been chosen by the on-line audience and via SMS while the other two have been selected by a professional jury panel made up of Slavi Trifonov (bTV), Evgeni Dimitrov (Seven Eights Production) and Orlin Pavlov.

The little stars who qualified for the grand final at today’s show are: