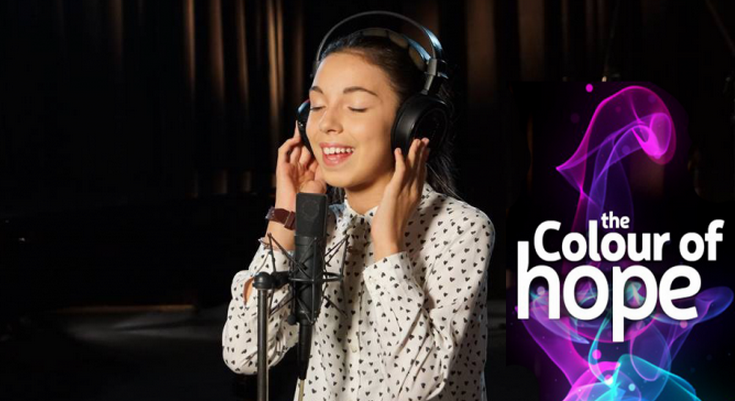 BNT has just announced more details regarding their participation at Junior Eurovision 2015. Gabriela Yordanova, winner of the Bulgarian national selection, will sing the song “Cvetat na nadejdata” (The Colour of Hope)!

“Cvetat na nadejdata” is composed by part of the team behind Krisia’s second placed song “Planet of the Children”, Slavi Trifonov, Evgeni Dimitrov; and Georgi Milchev-Godji, with the lyrics by Gabi herself together with Ivaylov Vulchev.

“The message of the song is about hope, dreams and happiness – illustrating the ability of children to find the colours of life,” says BNT’s press release.

The song will be presented on Sunday on the Georgi Lubenov’s show on BNT1. The Junior Eurovision organising team, including Executive Producer Joana Levieva Sawyer, will also be part of the show to talk about the event, stage, and social activities for the children in Sofia.

BNT has also announced Gabi won’t perform alone on stage as the second placed singer at national final, Ivan Stoyanov, will be supporting her during the performance.