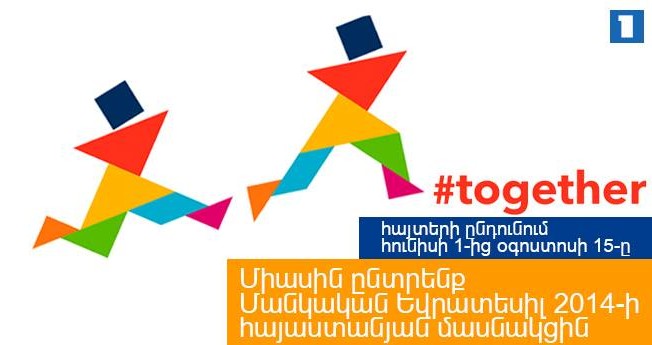 Armenia has just confirmed participation at Junior Eurovision 2014! ARMTV has launched their national selection today on the official Facebook page of the broadcaster.

Armenian broadcaster will be accepting applications from Juny 1 to August 15. Children aged between 10 and 15 can submitt their 2.45-3.00-minute entries singing in Armenian at least the 75% of the song.

The mp3 file together with information about the composers and formal documents are required by the Armenian Public Broadcaster headquarters in Yerevan.

Armenia has taken part at Junior Eurovision since 2007 getting the victory in 2010 with Vladimir Arzumanyan and his song “Mama”. The Caucasian country also hosted the 2011 edition in the capital, Yerevan.