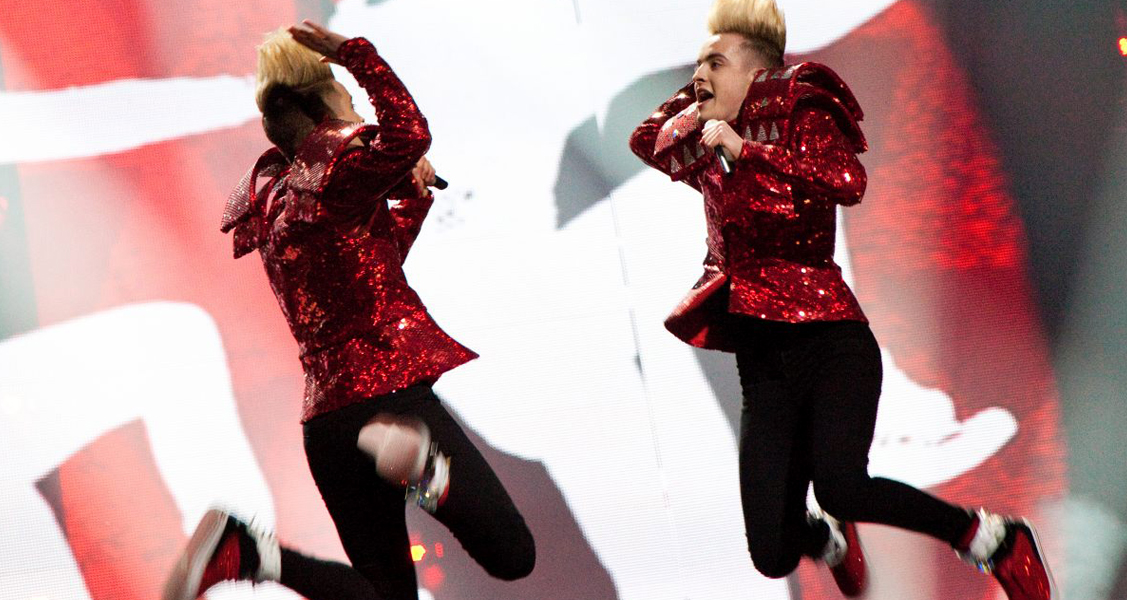 It has been revealed yesterday that Irish eurostars, Jedward, will be taking to the Eurovision stage once again, this time on the Junior stage, to perform their latest single, “Hologram”. Their new single is definitely different from the bubble gum pop that we are usually seeing from Jedward, but we are sure that this new song will go down a storm in Valletta, Malta.

Not only will they be performing on Sunday during the Final, Jedward will also be voting as part of a new panel of judges to vote along with the kids and adult juries. They will join Christer Bjorkman (head of delegation of Sweden and Executive Producer of Melodifestivalen) and Mads Grimstad (UMG Universal), who will all hold their own voting powers, just like they were three separate countries. This forms part of the new voting system of Junior Eurovision for 2016 which sees no televote being used for the first time.

Jedward of course represented Ireland at Eurovision in 2011 and 2012 with songs “Lipstick” and “Waterline”. They finished 8th and 19th respectively in their two appearances on the Eurovision stage.

What do you think of Jedward’s new song, Hologram? Are you looking forward to seeing them in Sunday’s show? Let us know in the comments below.