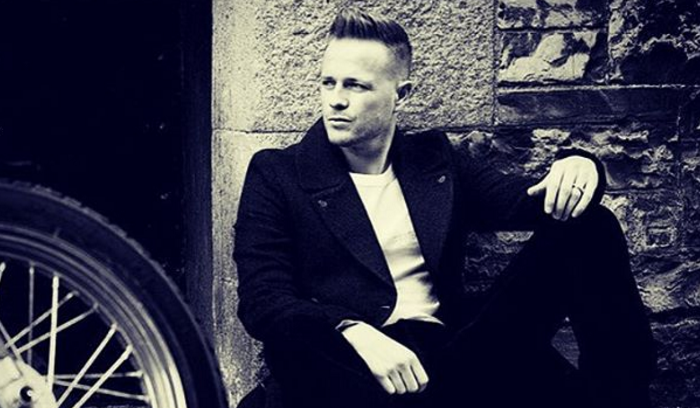 As you might have noticed, for this special occasion Nicky had his exclusive earplugs with the Irish flag pattern about which he tweeted last year. However, only a month ago Byrne was officially confirmed by RTÉ  to be internally chosen to represent Ireland on the Eurovision stage in Stockholm with his song “Sunlight”. 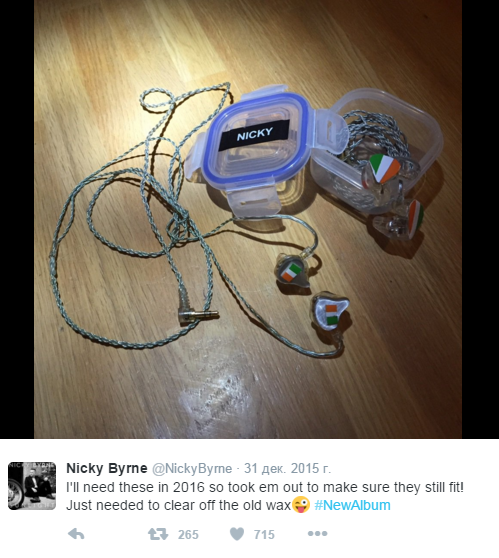 After a fourteen-years singing career as member of Westlife, this is first time Nicky is back to the musical panorama as a soloist. “I always knew I’d go back when the right opportunity arose”, he stated at “The Ray D’Arcy Show”.

Nicky confessed that there had been a bit backlash about the announcement of him being internally selected for Eurovision as it had never been done in that way before. However, he added that the backlash was not as much as he expected and explained that the fact Ireland had not qualified for the Eurovision Song Contest final impelled RTÉ to try something new and different. At the same time he acknowledged “I might not be the answer, of course, but I think we need to do something”. Nicky confessed having in mind everyone who planned to submit a song for this year’s Irish selection, but then he thought that “Eurovsion isn’t going away” and they still can try in the upcoming years.

Nicky is one of the co-writers of his song “Sunlight” together with well-known composers and writers Wayne Hector and Ronan Hardiman. The British songwriter Wayne Hector has already written songs for worldwide known artists like Nicki Minaj, One Direction, The Wanted, as well as several singles for Nicky’s old band Westlife, such as “Flying Without Wings” and “World of Our Own”. Whereas, the Irish composer Hardiman is known for his soundtracks composed for Michael Flatley’s Lord of the Dance, Feet of Flames, Celtic Tiger Live.

During the Ray D’Arcy Show Nicky confessed that he loved his time at Westlife a lot and also revealed that once he dreamed of becoming the lead singer of the band as he “loved to take the center stage”. However, he still can make his dream come true by taking the center stage of Eurovision being considered as a potential winner. Immediately after the announcement confirming his participation at the European contest, he became one of the favorites, so it is quite possible that Nicky brings the Eurovision back to his country in 2017.

Nicky will perform in the second semifinal to take place on the 12th of May, but the winner will be revealed at the Grand Final on May 14. Let’s wait and see if Byrne brings Eurovision 2017 to Ireland.

Stay tuned to keep in touch with the upcoming news!