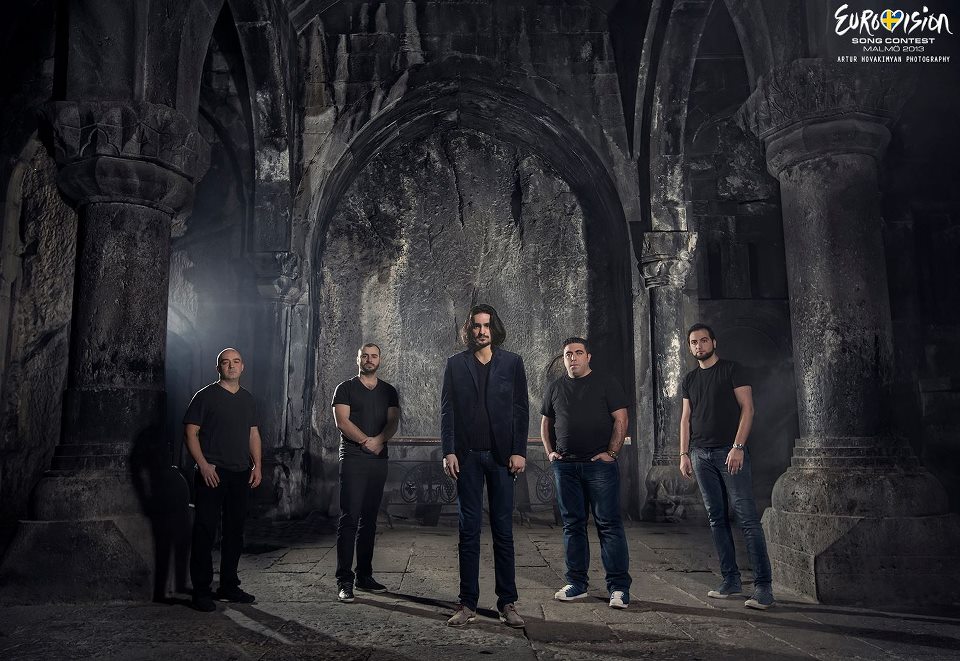 ESC+Plus interviewed the Armenian Representatives before going to the Eurovision Song Contest, this interview was made in April; here is what they told us:

E+: Hi Guys! First of all, congratulations on your song for The Eurovision
Song Contest! How do you feel?
– Thank you so much! We are really excited to go to Sweden and represent Armenia at
Eurovision! It’s going to be a great experience for us, as for the first time Armenia is
going to be represented at the song contest with a rock-band.
E+: How the idea to represent Armenia came?
– Armenian Public Television asked us to represent Armenia at Eurovision and we kindly
accepted the request, as we were interested in representing our country at the song
contest in an alternative way.
E+: What do you think about the Armenian withdraw last year?
– We were openly willing to represent Armenia in Azerbaijan, but as our country decided
that it’s not going to take part at Eurovision-2012, we were totally fine with the decision.
E+: What’s your favorite Eurovision artist? Are you usual viewers of it?
– We follow Eurovision from time to time and we want to thank the song contest for the
ABBA. It achieved worldwide fame in 1974 when they won the Eurovision song contest
and their song “Waterloo” topped charts all over the globe.
E+: What’s your favorite group?
– Led Zeppelin; it had its own influence on the formation of our band. In 2008 when we
were just formed we used to be a cover band for like a year and used to play cover songs
which were mostly by Led Zeppelin. Later we went through some major rearrangements
and in the line with covers we began producing our own songs.
E+: What do you think about neighborhood in the contest?
– We respect all of the representatives from different countries. We don’t find any of
them as an opponent for us, they are our colleagues.
E+: How will your performance look like?
– Let’s keep it a secret! So it’ll be a great surprise for the audience.
E+: Have you heard the song from the other countries? What’s your favorite?
– Well all of the entries are unique, but we really like the entry of Malta and also of Italy.
E+: How do you spend your free time?
– We play music. Music is it’s our job, it’s our hobby, and all in all it’s our life.
E+: Can you send a message to our Readers?
– We want to thank them for all the love and support they show, as it really make
difference!