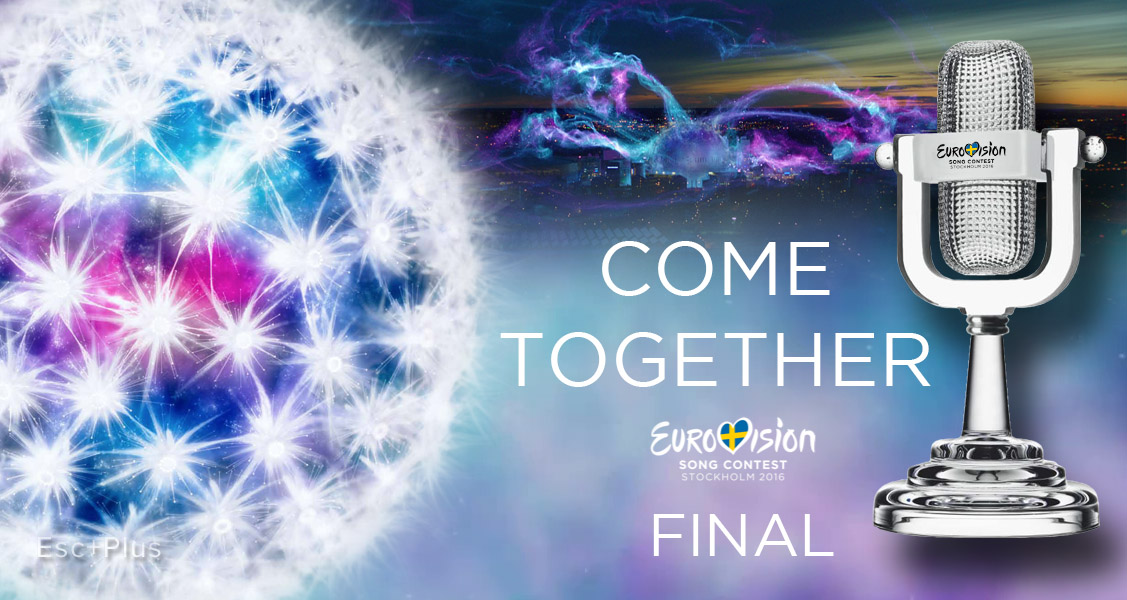 The Grand Final of Eurovision 2016 has finally arrived. After two semi-finals, 26 countries will compete for the Crystal Microphone during an exciting show to be broadcast live from the Globe Arena in Stockholm, Sweden.

You can find the running order of the 26 countries that will be competing at this year’s Eurovision Grand Final, including 10 qualifiers from each semi-final, the Big 5 and host country Sweden, below:

Viewers from all the countries taking part in Eurovision 2016 are invited to vote via the official app, telephone and/or SMS. The voting window will be open after the last song has been performed, and will end 15 minutes later. Televoters determine 50% of the outcome while professional juries do so with the other half of the voting combination according to the performances of yesterday’s Jury Semi-Final show.

Remember, in case of a tie between two or more songs in the combined ranking between televotes and the jury, the song that obtain a better ranking from the televote will prevail over the other. Full split results will be revealed after the Grand Final to keep the excitement until the end of the show.

One major change for this year occurs in the voting system. Under the guidance of Christer Björkman, Sweden’s contest producer, the jury and public vote 50/50 split will remain, but will be presented drastically different. For the first time in history, the points given by each group will be announced separately, as opposed to being combined and aggregated into the traditional Douze Pointe allotment. Meaning that each country will get a set of points from the juries which will take the form of the 1-8, 10 and 12 points, which will be announced via remote call-ins from each country as usual, then the hosts will present the public votes for each country. The tallied public votes will start with the lowest scoring country and work their way to the most voted — causing a heightened sense of drama and tension as the winner will only be known at the very end nearly all situations. With the new system, a record point-scoring win will be all but assured, with the dreaded nul point finish being statistically unlikely. In a number of earlier contests, runaway wins will usually obviously spotted before the voting had finished, which was the main cause for the changes to the voting system this year.

The latest technology for the biggest European show:

The impressive set design for the contest comes from a veteran team of designers. Frida Arvidsson and Viktor Brattström return after creating the staging from the contest’s last visit to Sweden in Malmö 2013. No less than 26 cameras will film the artistic displays of songs and visuals to the backdrop of a 15,5 x 50 x 32-metre super-stage with a record-breaking nearly 2.000 square metre of LED-screens on the walls combined with just 250 square metre on the stage floor. Nearly two thousand lighting units along with almost a hundred different environmental effect units, including pyrotechnics, fog, and CO2, and the worlds largest video projector will be utilized to make an impressive visual presentation alongside the songs.

Who do you want to win Eurovision 2016? Let us know in comments!