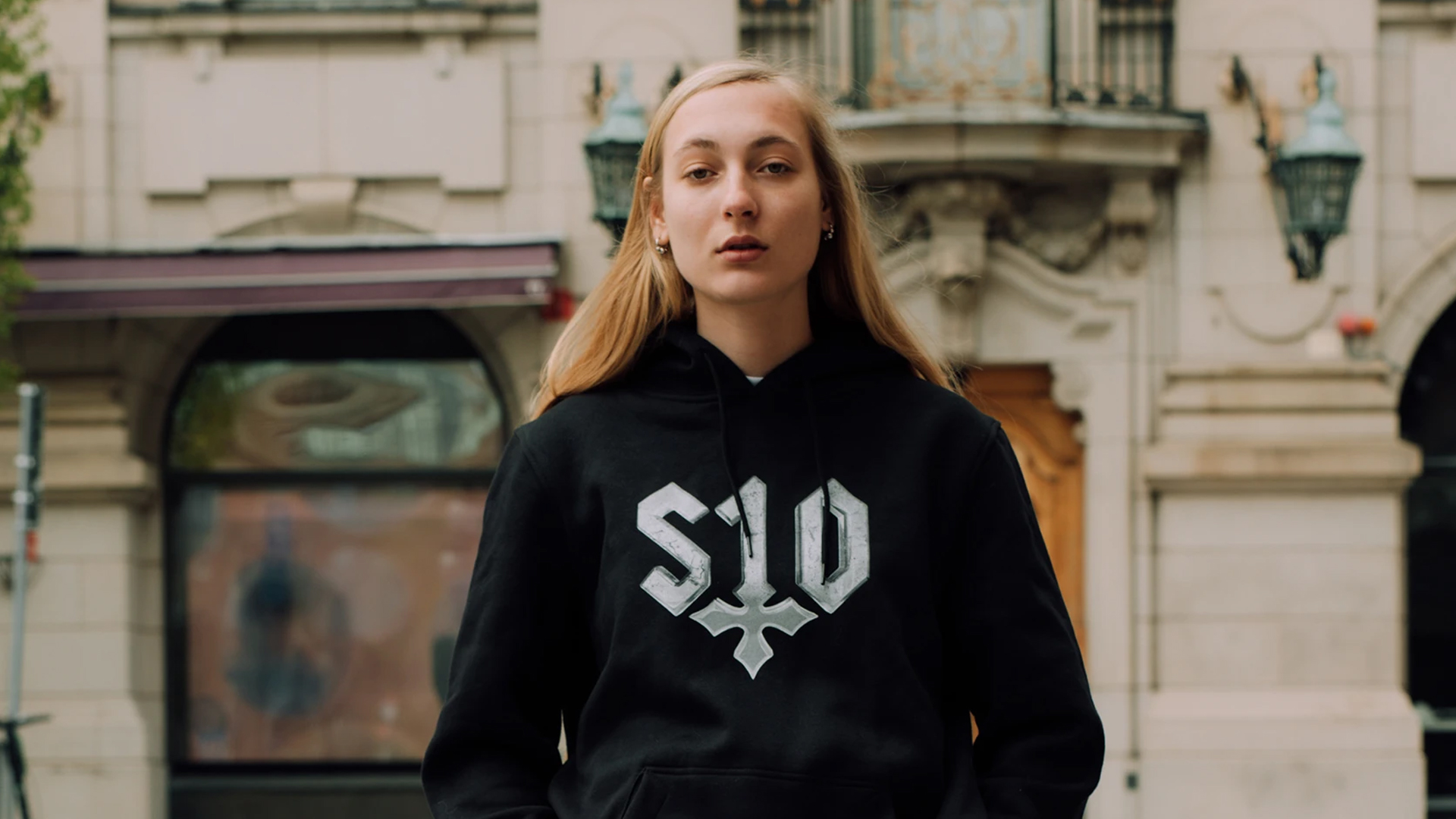 Today the word came out that Dutch alternative pop singer S10 will represent the Netherlands during the Eurovision Song Contest 2022 in Turin. Today Dutch TV broadcaster AVROTROS announced the participation of this singer during next year’s contest on Facebook. Last weekend there was a grand rumor that Dutch singer Lakshmi would go to Turin, but now we officially know that it is S10 who will fly the Dutch flag.

First we need to get something of our chest, and that is the pronunciation of the name S10. The name “S10” has nothing to do with the Samsung smartphone model of yesteryear, but it is a take on the singer’s actual first name, which is Stien. In Dutch the number 10 is pronounced as “tien”, like the word “teen” in English. This means that S10 is pronounced as “Steen”, written in Dutch as “Stien”. The singer’s full name is Stien den Hollander.

S10 is 21, but in 2018, at only 18 years of age, she signed a contract at the Dutch hip-hop label Noah’s Ark. Next to this, S10 had a hit last year in the Netherlands with a Dutch song called “Adem je in” (trans. “Breathe you in”). Her first album “Snowsniper” came out in 2019, which earned her a Dutch music award, called Edison. During the showcase festival Eurosonic Noorderslag 2020 S10 made a name for herself by being invited by established Dutch singer Wende to perform together with her in the grand Royal Dutch Theater Carré in the Netherlands’ capital Amsterdam. During the digital edition of Eurosonic Noorderslag in 2021 S10 won the Pop Stipendium, which is an encouragement award especially for upcoming music talents. In 2020 S10’s album “Vlinder” (trans. “Butterfly”) came out, which was full of collaborations with contemporary Dutch artists, like Ronnie Flex; this album received raving reviews.

S10 is known for her distinct alt-pop sound that can be categorized as a mix of hip-hop, rap, and alternative pop. S10’s lyrics are raw and sensitive, and she dares to open up about her mental issues in her songs, like depression and psychoses that she has faced in her young life. With her music S10 wants to shine a light on these types of problems, which a lot of youth suffers from. A Dutch TV production company made a documentary about S10, called “Storm om mij heen” (trans. “Storm around me”); this documentary also revolved about S10 talking about her experiences in a mental institution. S10’s openness and special type of music make her a very promising young artist.

The song will be in Dutch

About the, yet to be announced, song of S10 Dutch broadcaster AVROTROS says:

“S10 remains true to herself and her own distinct music style. This means that after eleven years of English-language songs the Netherlands will be represented with a Dutch song. We are making a real effort by choosing for this specific artist and song, and as a selection commission we stand a 100% behind our choice for S10. Once again it will be a special edition of the contest for the Netherlands.”

S10 says about her upcoming participation the following:

“Music means the world to me. I hope that with my music I can add value to the lives of others, especially because music is so near and dear to me. I cannot wait to represent the Netherlands during next year’s contest. I am really looking forward to do my country proud in front of such a mega audience all over the world.”

Announcement of the song

Except for the fact that the Dutch entry will be in their own language, we do not know a whole lot about the song, but we do know that S10 will remain true to her own identity when it comes down to her music. This means that the song has to be announced yet. A date and time for the song reveal has not been disclosed.