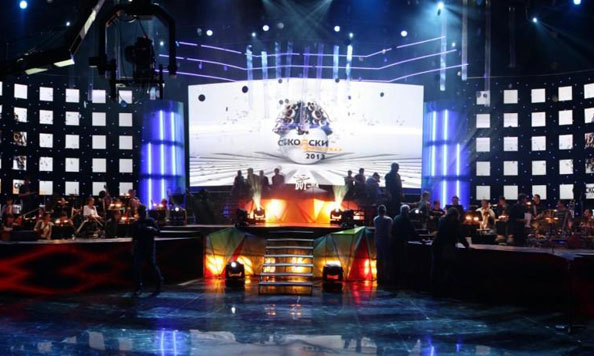 After two months of speculations regarding to FYR Macedonia’s participation at next year’s Eurovision Song Contest in Austria, finally MRKTV made their mind up and regardless the result which concluded at their poll (surprisely negative), they will send an entry to either Vienna, Graz or Innsbruck (one of them expected to be announced as host city late this month).

The method made up to select their singer and entry will be no other than ‘ Skopje Fest 2014’. The Macedonian Radio Television will introduce a selection of original unpublished contemporary brand new tracks which will be performed with an orchestra in Macedonian language but the chance to be translated into English for the contest in May, as for all songwriters and composers of the entries who will be able to come from both FYR Macedonia and the rest of the world.  It is set to be held on the 13 of November 2014 where 20 performers will fight out for a ticket which would lead one of them to Austria as well as  1,200,000.00 MKD, both runner-up and 3rd place will also receive valuable cash prices: 600,000.00 and 300,000.00 MKD respectively.  Videoclips for all TOP 3 entries will also be produced. Deadline for the entries to be sent was decided to close up today as opened from May 26th but period time will be extended 15 more days, so if you want to represent FYR Macedonia don’t take it calm, because time rushes and it is also ticking. Voting system was stated which will be exactly the same as used in the Eurovision.

This year, Tijana with To The Sky were defending the colours of the Macedonian flag in Copenhagen but the audience decided to keep them out of the final, as they placed 7th in the jury ranking but a mixed up result being not enough to make it through.