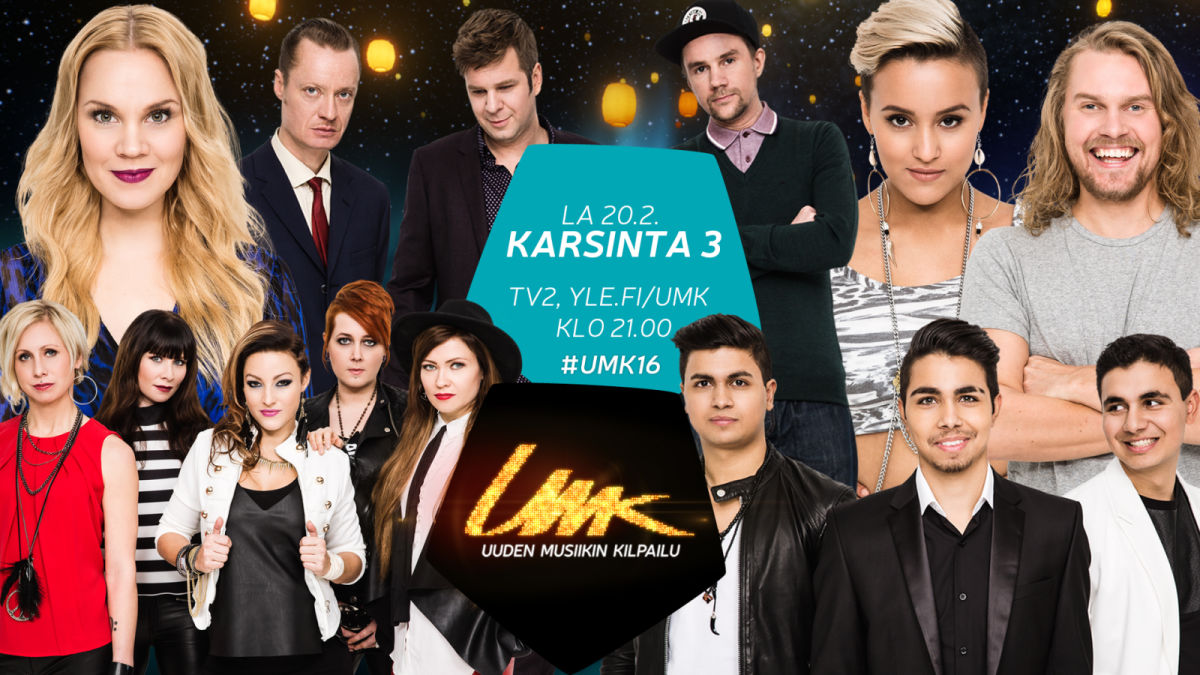 Tonight, the last and third semifinal of this year’s Uuden Musikiin Kilpailu will take place live from Helsinki. The 6 remaining artists in competition will perform their respective entries and as in previous heats, only three of them will make it through the grand final, using 100% televoting deliberation system, scheduled on Saturday, February 27th.

The line-up for tonight’s semifinal looks as it follows:

The show, presented by Roope Salminen and 2013 Finnish Eurovision entrant Krista Siegfrids, will be aired from 20:00 CET and can be live streamed here.

Who do you think will win this year and represent Finland in the first half of the first semifinal of the 2016 Eurovision Song Contest in Stockholm? Vote on the ESC+Plus poll and let us know in comments!