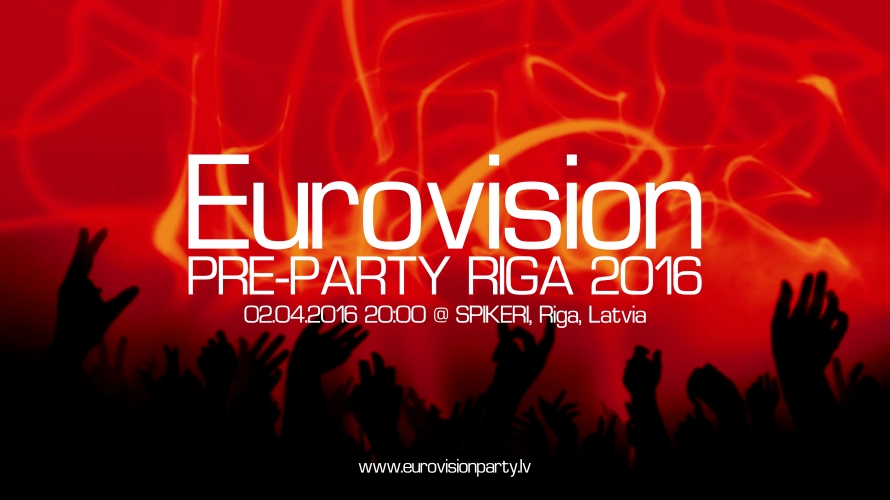 The round of Eurovision 2016 promo events kicks off today with the very first big concert taking place from the capital of Latvia.

„Eurovision PreParty Riga” is an international event held in Riga every year since 2014. The show is organized by the Eurovision Fan Club OGAE Latvia and its main concept is to promote Eurovision Song Contest participants and songs.

First „Eurovision PreParty Riga” was held in March 2014 with only 3 participants taking part, but the event had a huge interest among fans and press, because one of the participants was Austrian entry Conchita Wurst, who later won the ESC. Second edition of „Eurovision Preparty Riga” was held on April 10, 2015 at “Palladium” Concert hall. This Preparty was a Latvian Celebration of 60 years of Eurovision Song Contest. Totally of 8 participants took part in Riga’s event in 2015 as well as many special guests, among them – winner of ESC 2009 Alexander Rybak, winner of ESC 2002 Marie N and winner of ESC 2011 Eldar Gasimov.

10 participants confirmed their attendance at this year’s party:

The 2016 event will be devoted to the host country of this year’s Eurovision, Sweden, so anyone who will attend „Eurovision Preparty Riga” will feel like in Sweden having the opportunity to try delicious Swedish cuisine, attend an exhibition and watch a movie about Sweden. The concert will also feature some special guests: brothers Herreys, winners of the Eurovision Song Contest in 1984, and the group Schlagerfeber, who will be performing covers of Eurovision hits.

You can follow the event live from Riga’s Spikeri Concert Hall at 19.00 CET by clicking here.