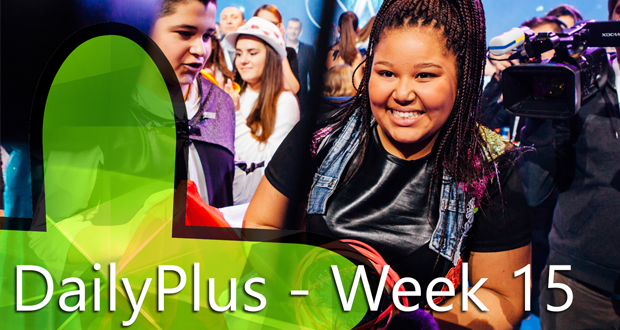 The #JESCWeek is officially over and the winner has been decided! Today at DailyPlus, we have a nice mix of both Eurovision and Junior Eurovision news!

Regarding Eurovision, Australia has been invited back to Eurovision next year, and controversy has made Germany take back their planned Eurovision 2016 act.

Last but not least, of course, the song of the week!

Check out the episode here:

Don’t forget to subscribe for future “DailyPlus” episodes on the official ESC+Plus channel on YouTube. You can also subscribe to my channel for more videos about music, culture, and of course Eurovision!