The complete running order for this year’s Junior Eurovision Song Contest has just been revealed!

The 17 acts competing at this year’s contest drawn their running position during a special short ceremony for only delegations, deciding the order for Bulgaria, first half, second half, and first and last place owners.

After that, the creative team of BNT along with the show producers have decided the running order of performances according to the result of the draw and the show requirements: 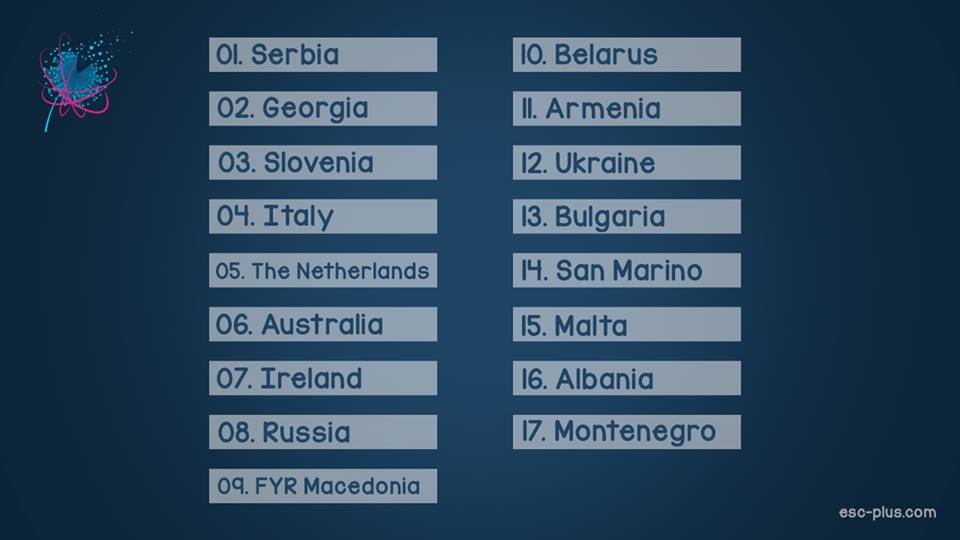 The draw of the running order was going to take place as part of the opening ceremony, but it was postponed yesterday due to the mourning period after the terrorist attacks in Paris.

The Junior Eurovision Song Contest 2015 will take place on November 21 inside the Arena Armeec, in Sofia (Bulgaria).

What do you think about the result of the running order?