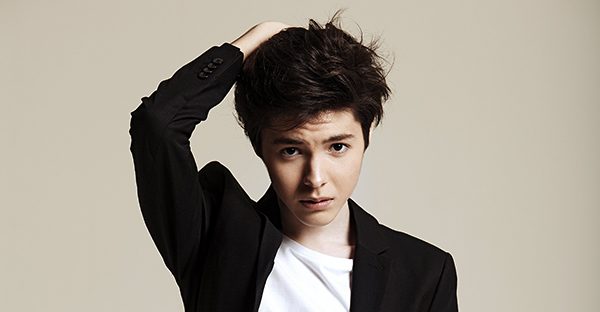 BNT has revealed one of the last acts that will complete the line-up for this year’s Eurovision. Kristian Kostov will follow Poli Genova’s footsteps on the big stage after her successful 4th place at the last year’s competition in Stockholm, best result for Bulgaria in the history of Eurovision.

The song that Kristian will be singing on the big stage is called “Beautiful Mess” and has been written by the same team behind last year’s Bulgarian entry “If Love Was A Crime”: Borislav Milanov from Bulgaria, Sebastian Armann from Austria, and Joacim Bo Persson from Sweden.

“Beautiful Mess is authentic, interesting and transmits the sentiment and the main idea of the song. I like the song, because it’s what I am. Last November, I started working with Bobby [the composer Borislav Milanov] with the idea to submit a song for Eurovision either for this year or next. As a performer, now I’m trying to find myself and actually Beautiful Mess is my first song that has a deeper meaning. I like it a lot. My vision for the future is actually to do projects that make sense, so that’s a step in the right direction for me. Besides this, my fans will see me in a different light than in my past projects, so I am really curious to find out what their reaction will be”, Kristian explained about the whole process of making up his Eurovision entry.

You can also check the lyrics of the song below, which have also been unveiled: 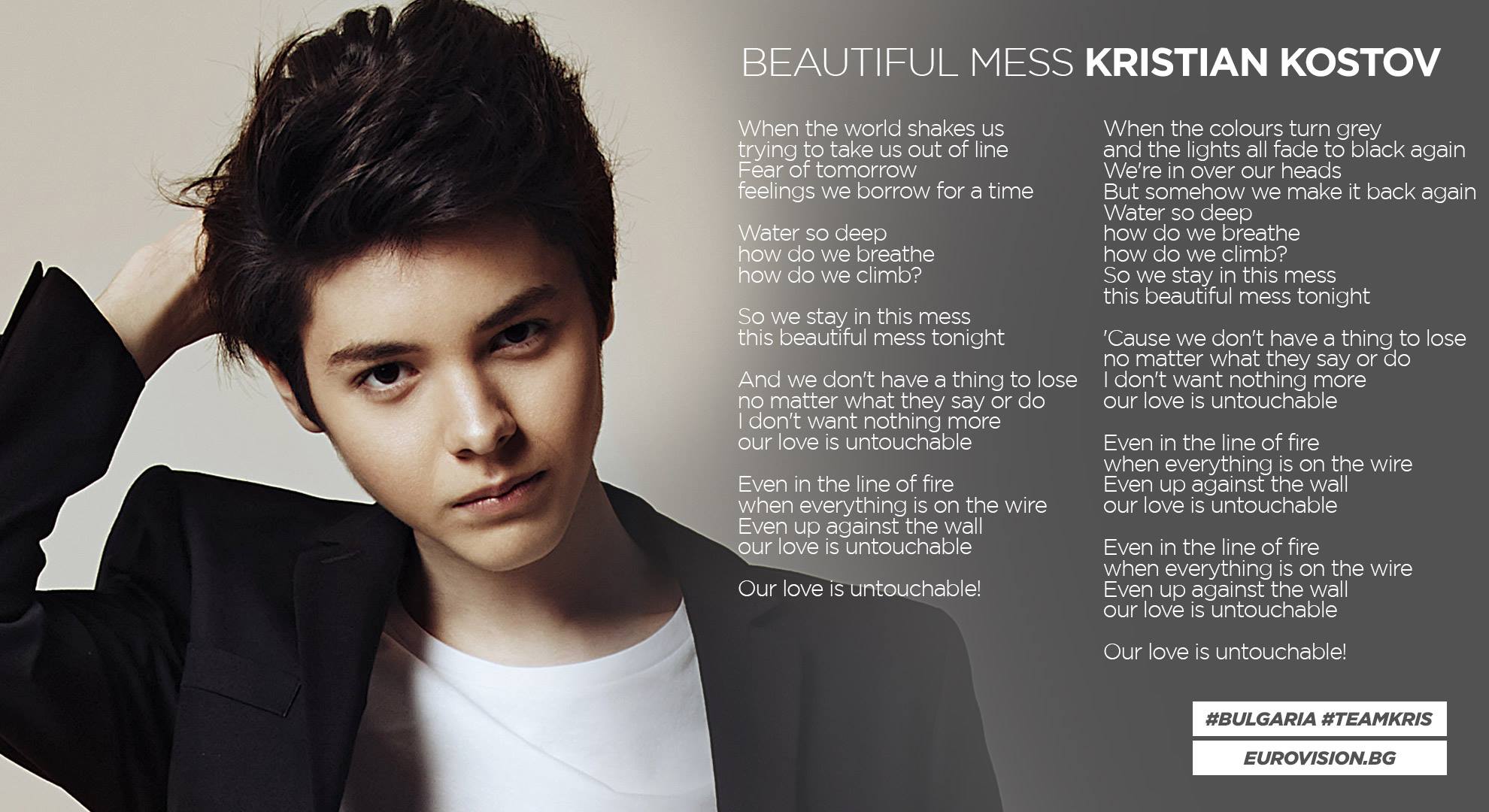 Kristian Kostov (born March 15, 2000) is one of the most popular up-and-coming teenage artists in Bulgaria and Russia. The Moscow-born singer, who has roots in Bulgaria and Kazakhstan, started his music career at the age of 6 in the prestigious musical group «Neposedy», known for developing promising young talent such as famous alumni “t.A.T.u.” and Sergey Lazarev.

During the semifinal allocation draw which took place in Kiev last January, Bulgaria was drawn to perform at the second semifinal on the 11th of May.

Will they get to improve Poli Genova’s successful result on the top 5 and achieve an even better rank? Time will tell, but for now stay tuned for more details about Bulgaria at this year’s Eurovision Song Contest in Kiev!