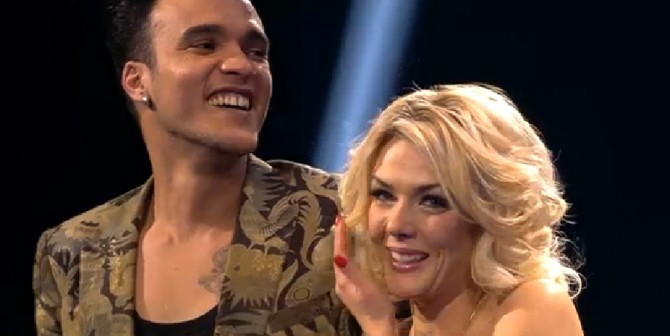 The 2nd semi-final of Belgium’s Eurosong 2014 has ended some minutes ago. 4 acts have performed today but only two of them have won the ticket to the Belgian final for Eurovision 2014:

A professional jury formed by Bart Peeters, Piet Goddaer, Jef Martens and Ruslana along with the public televote have decided the two acts which have qualified for the final to take place on Sunday, 16th of March. Sil and Yass remain in the competition and join the other two qualifiers: Eva Jacobs and Udo.