Last week we sat through hours and hours of auditions for the Belarusian national selection. After which we were given the list of 13 acts which will go forward for the national final to take place on January 20. Today in Minsk, the running order for the final has been decided. Here it is in full and all the songs for the selection. 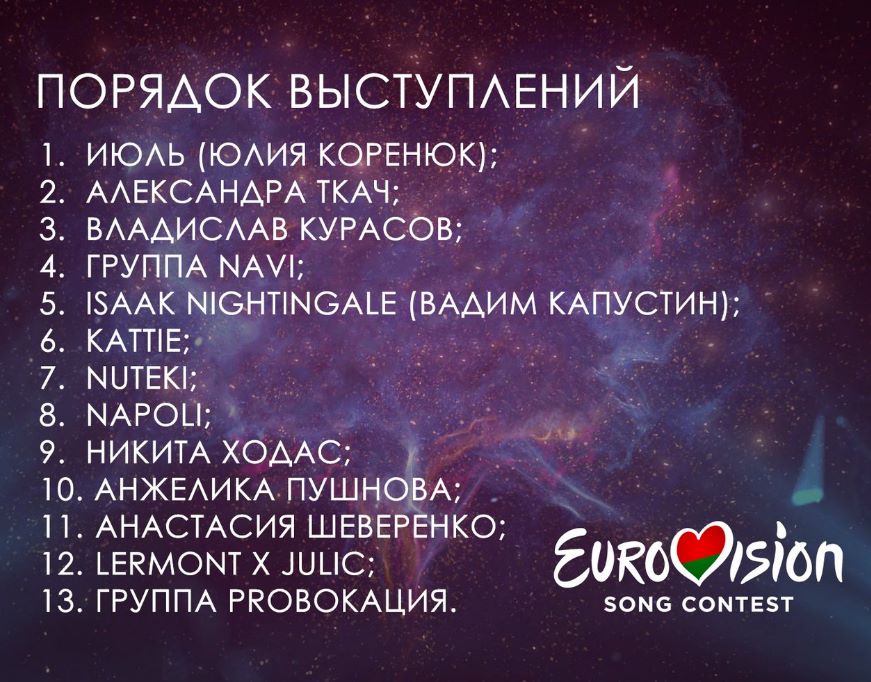 From the reaction from Eurovision fans around the world, the favourite going into the national final seems to be NAVI, but also Napoli seems to be a hot favourite again. Both their songs would be great at Eurovision, and also NAVI would also bring the Belarusian language to Eurovision for the very first time; they have sung in English since their debut in 2004.

Belarus will be hoping for a return to the Grand Final of Eurovision in 2017, which they haven’t been able to qualify for since 2014, despite both years since having great songs. Last year, despite the promotional juggernaut that was Ivan and his song “Help You Fly”, failed to qualify for the final finishing in 12th in the semi final.

What is your favourite so far in the Belarus national final? Let us know in the comments below!