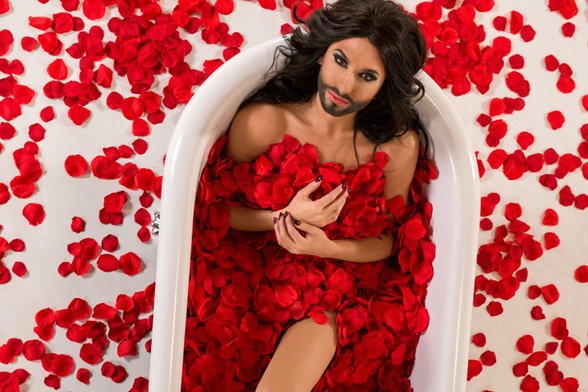 Last Saturday night it was time for Conchita Wurst, the Austrian act in Copenhagen, to perform at one of OGAE’s most successful events in charge of the Spanish club, the Euroschlager party. It took place at DOMO Rooms in Madrid from 23.30 to 4:30 CET.

Lots of Melodifestivalen and catchy pop/dance tunes were played joining Conchita’s interventions with Simply The Best, 2012’s selection runner-up, That’s What I Am, also this year’s song, Rise Like A Phoenix and last but not least My Heart Will Go On, the entry which brought her the current recognisement in Austria. Finally just after leaving the party she went off to Latvia, to attend another Eurovision pre-party where she would be meeting the fans over there.