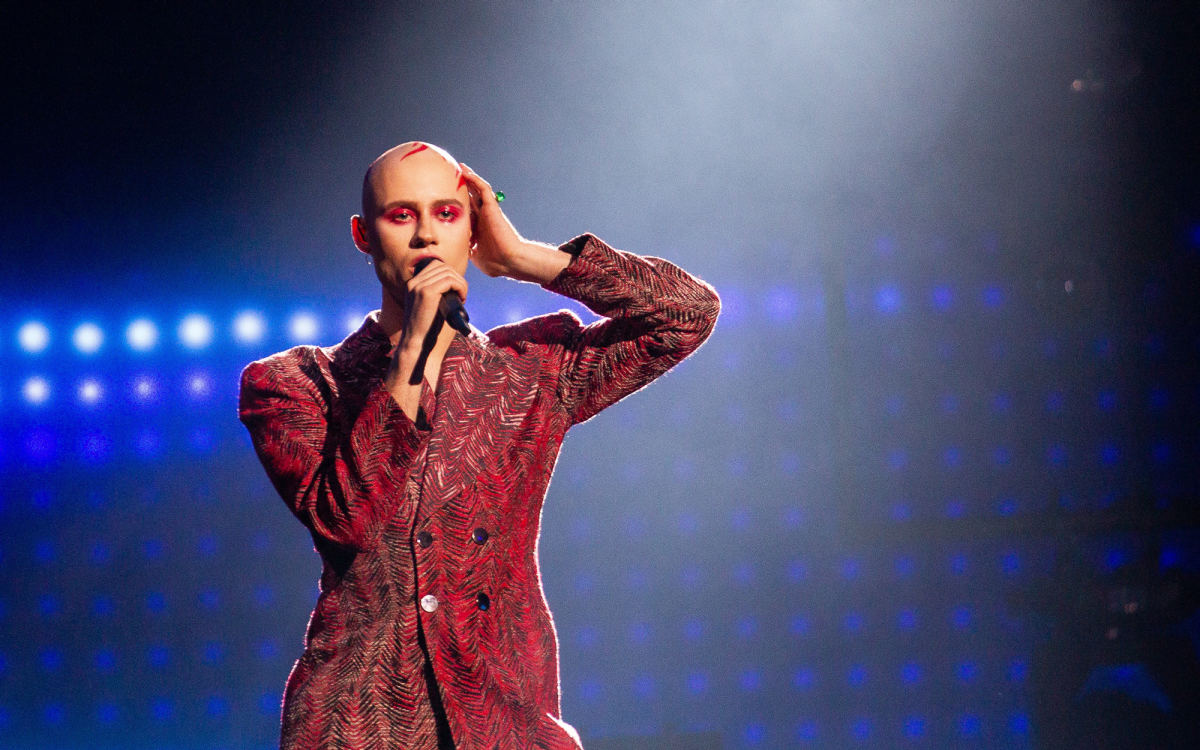 Alen Chicco added to the drama to Lithuania’s national selection show this past year, in more ways that one. His entrance to the finals was chock full of drama. After finishing fifth in his semi-final to qualify for the finals, it appeared his journey to the finals would be cut short. But alas, Monica Marija had entered two songs into the competition and later decided to withrdraw one – leaving an opening for Allen to join the finals.

A week later, Alen opened the grand final of Eurovizijos Antranka and brought some additional drama to the competition. Perhaps, easily missed in the flurry of national finals saturation – this eye-opening number breathed life into Lithuania TV on a cold winter’s night.

From the drag to the dancing to the man in a wheelchair that can now walk again – this performance will find its tribe quickly. Alen dares to embrace a vision of a world most others only dream about.

But ‘Your Cure’ didn’t end there – the visual nature of the performance was revitalized with the release of its music video. With the luxury of editng, we get to see Alen out of in drag and in a few different ‘lewks’. RuPaul’s girls would be proud as he gives us a tour de force of different personas. By the end of the three minutes, there is a good amount of crazy being thrown around the screen, but I still am left wanting more.

The wheelchair here acts as a visual personification of healing, while the dance duo with the black dancer is a symbol of the difference between dark and light. Chicco received criticism that the wheelchair wasn’t a good idea to be understood by the general public in Europe and even questioned whether a singer’s extravaganza on the big Eurovision scene would stand out. Alen, retorted: “I think it is very important for listeners to have a well-recognized style and to convey it in a focused way throughout their performances. I understand what the panel meant – image is not as important as good song and good vocals and I agree with that. But if you only bring a song and you are on a blank sheet on stage, it won’t be interesting to anyone. “

Alen’s theatrics have received some air time in Lithuania before. He’s appeared on the X Factor there – most notably gaining viral attention for his cover of Prince’s ‘Purple Rain’

Alen would describe himself first and foremost as having a musical theatre background and that influenced my music a lot. This is where he ventured into makeup experimentation as well. He describes his fashion sense as a ‘ weird look and I really like mixing unmixed styles – like streetwear with glam. I think that’s my aesthetic – playing with women and men silhouettes, mixing latex and denim fabrics and putting on semi drag makeup. I am drag artist but not necessarily a drag queen. I can be very trashy some times but always feel like extravaganza and Diva on the stage!’

As Alen builds his resume and continues to perform he is building a fanbase and his list of credits of the said diva, but from the looks of it, he already feels like one. And talk to any diva and you will know that confidence is a large part of it.

Here we can see recent footage of Alen’s performance in Lithuania, singing ‘Sexy Song’ at a Pride celebration, celebrating 50 years since the Stonewall movement began. As many drag performances as you’ve seen – you can’t say all of them involve guitar players, singing and kids clapping along. Well done, Alen.


Alen comments on the ‘Sexy Song’ as expressing  ‘freedom, being myself, self-love and just understanding that I’m sexy. Just like you baby!!!’. Alen promises we will have new music and more videos this Fall! We will be on the lookout!