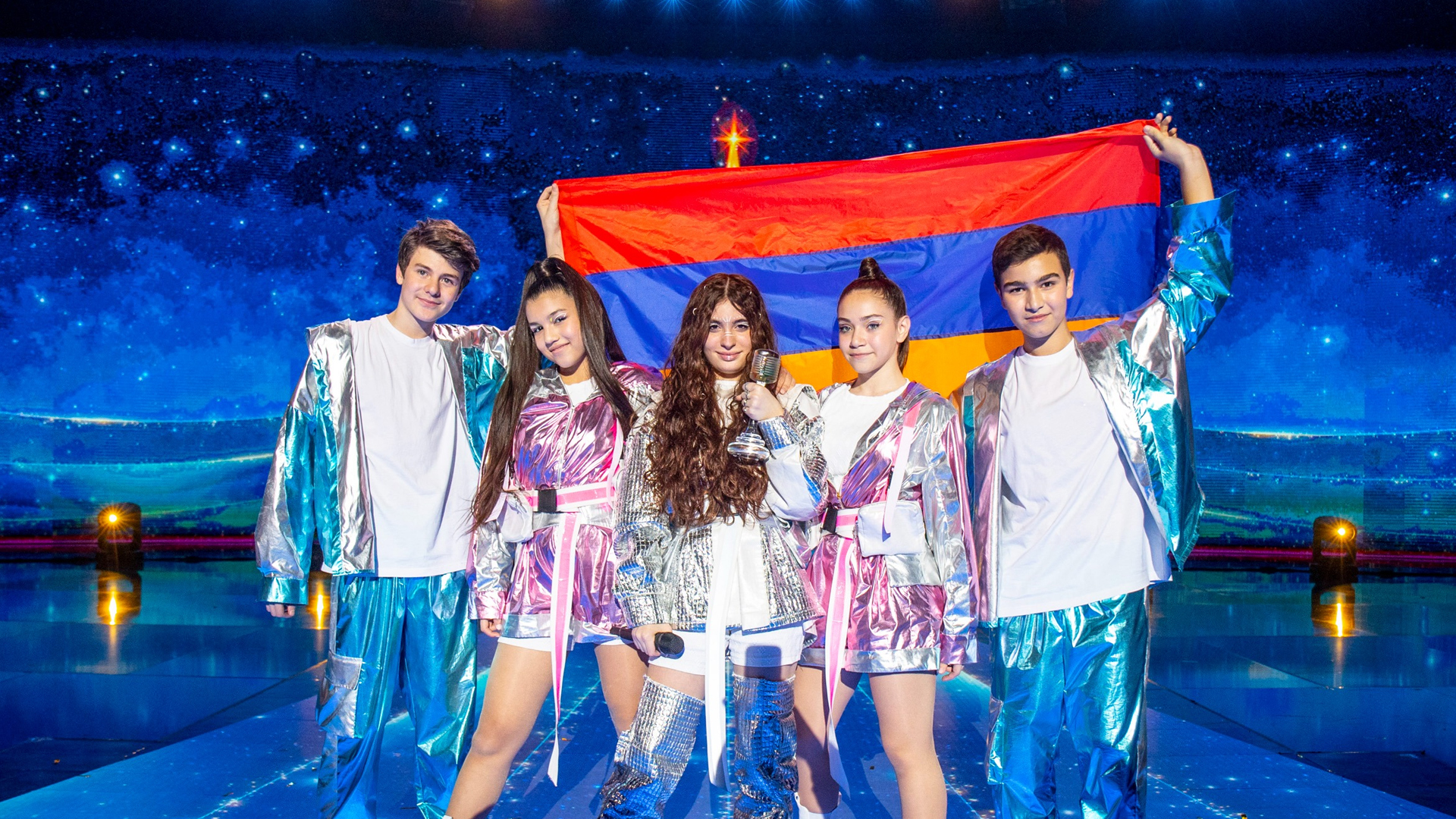 The European Broadcasting Union (EBU) and Armenian broadcaster AMPTV are pleased to announce that the 20th Junior Eurovision Song Contest will be staged in Armenia next year.

The European Broadcasting Union (EBU) and Armenian broadcaster AMPTV are pleased to announce that the 20th Junior Eurovision Song Contest will be staged in Armenia next year.

This follows Maléna’s sensational win in Paris with the whirlwind of a song that is Qami Qami.

It is Armenia’s second victory in the Contest and 2022 will see the country host Junior Eurovision for the second time after AMPTV staged the competition in Yerevan in 2011 following their triumph the previous year.

‘Armenia’s cool, classy, contemporary winner set a new standard for the competition. Their enthusiasm for the event is unmatched and we are excited that AMPTV want to host the 20th edition of the JESC next year. We look forward to working with them on planning a very special anniversary edition of the show.’

‘We were thrilled to see Armenia win their 2nd Junior Eurovision in Paris this weekend and congratulate Maléna and AMPTV’s hard working delegation on their stunning victory. We welcome the enthusiasm from our Armenian member for hosting the 20th Junior Eurovision Song Contest and are anticipating a great collaboration between the EBU and AMPTV over the coming months.’

‘From the very first day we released Qami Qami we believed in Malena’s victory and were looking forward to hosting this major event. Armenians are very excited about our comeback into the Eurovision family, and even more thrilled to host this spectacular event next year. Welcome to Armenia!’

The date and the venue for the 2022 Junior Eurovision Song Contest will be confirmed in the coming months.

Armenia has reached the first place with an amount of 224 points. In the second place, Poland has finished with a total of 218 points, while France has received 187 points and has finished in the third place.

From the spectacular stage of La Seine Musicale, located on the “Seguin Island” in the Seine river in Paris, the most magical moment of the year started at 16:00 CET with the Junior Eurovision Song Contest 2021 under the slogan Imagine, the same title as the song with which Valentina won last year, “J’Imagine”.

Duet Ofenbach has opened the show performing the traditional “Flag Parade” with a remix that will narrate the last 50 years of French music and its great commercial and melodic successes.

The contest has featured two very special performances, Valentina with a most Christmas version of her winning song “J’Imagine”, that led her to triumph in Warsaw last year, and the second place in Eurovision 2021, Barbara Pravi, who has performed a most “chic” version of her song “Voilà”.

This year’s common song with all the artists was another of the special acts. The song was called “Imagine”, this year slogan.

The postcards, introducing each participant act, drew on French heritage and monuments with dances and choreographies performed in that places.

How the winner was chosen?

A  combination of both rounds of voting decided 50% of the final outcome, while the other half was decided by a professional jury panel in each country made up of adults and kids.

The first phase of the online voting, which was opened last Friday, allowed people to vote for three countries after watching 30-seconds videos of each participant’s recorded performance. A second voting phase was opened for 20 minutes following the performances of all 19 participants.