AMPTV has just revealed the first set of candidate songs that will compete at Depi Evratesil 2018. The Armenian national selection will kick off on February 3 with the first qualifying round.

You can listen to the first set of songs below:

These are the release dates of the remaining songs: 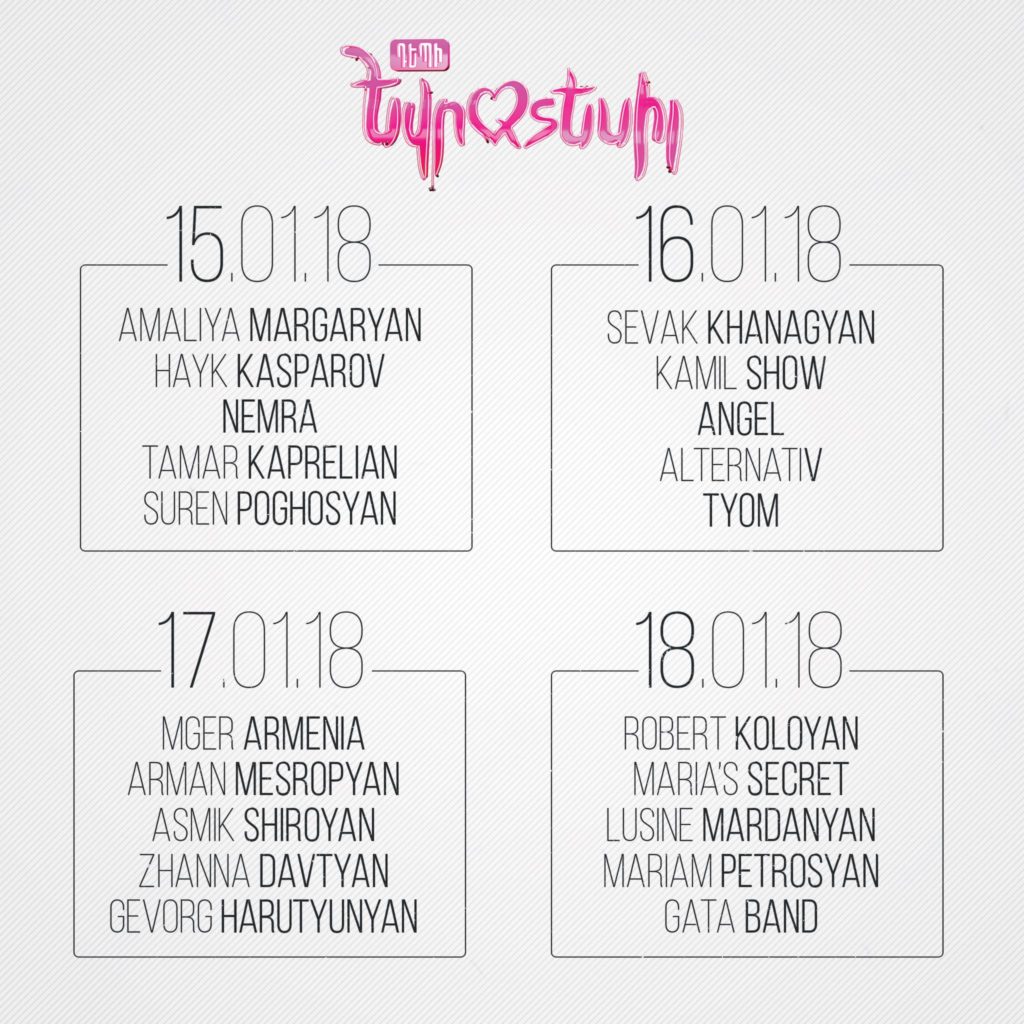 The Armenian broadcaster announced that the upcoming edition of ‘Depi Evratesil’ will be made up of three different stages: the live shows, the semi-final, and the grand finale. This year, the twenty candidates will perform original songs at the national selection, where an international jury panel and the audience will decide the winner and national hopeful for Lisbon.