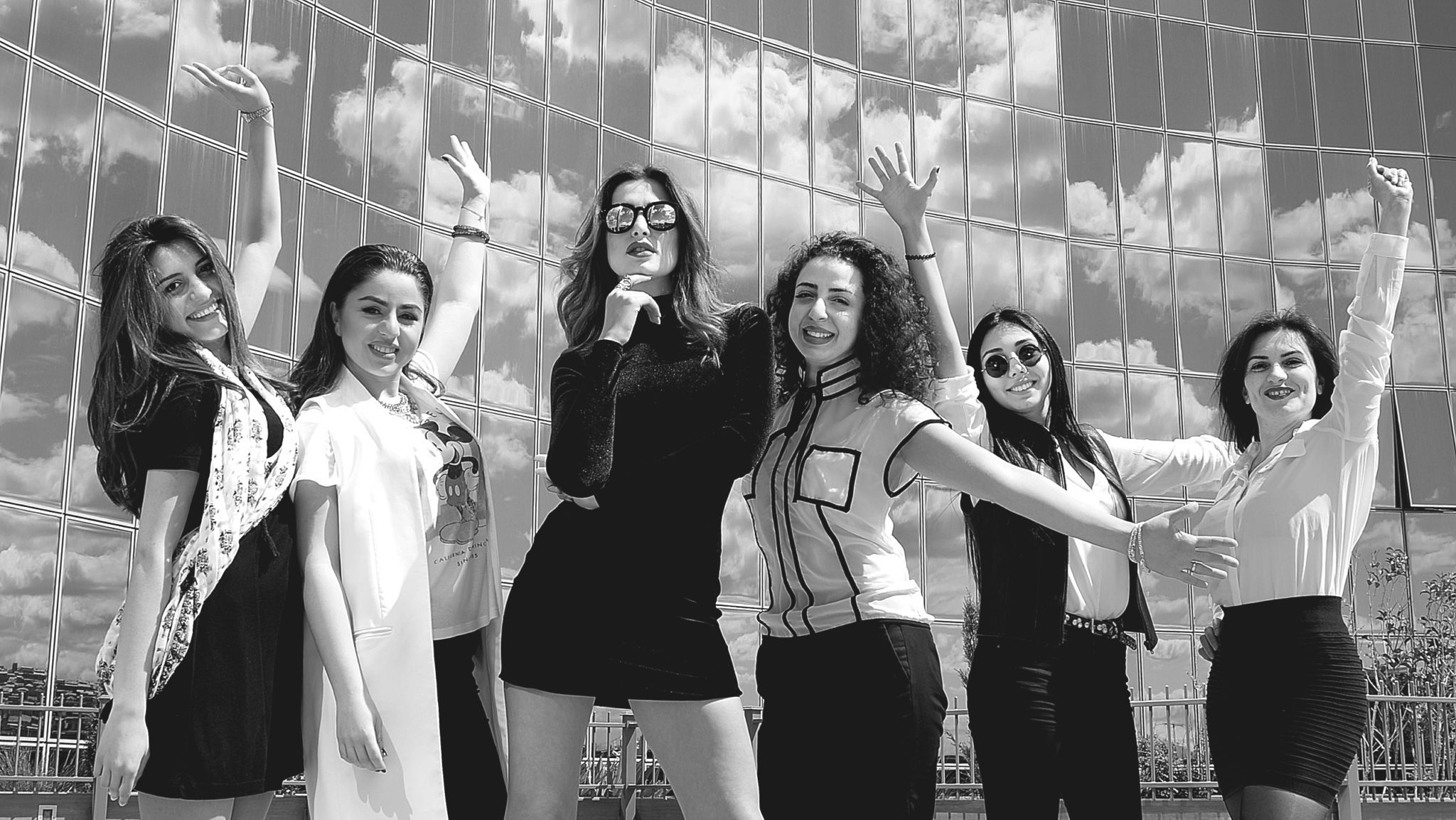 Today, it has been announced that charming Iveta Mukuchyan will be accompanied by another 5 ladies as backing vocalists on the Eurovision 2016 stage. Find their names below:

All the five ladies are very talented and seem very excited to support Iveta at such a responsible occasion. Lilit Navasardyan herself is a co-composer of LoveWave. Masha Mnjoyan was one of the back vocalists of the Armenian entry at Junior Eurovision 2008 and later on became the winner of the Voice of Armenia’s first season. Sona Gyulkhasyan has competed in the Armenian national selections for the Junior Eurovision Song Contest.

Co-composer Lilit says – “I’m so happy we have found our girls! All of them are very talented. They have great voices that suit this song perfectly. As for me, it was very surprising that I ended up not only creating this song, but also performing it as a backing vocal. I think the decision to include me was made because the draft version of the song was recorded with my voice and It seemed like my voice was always supposed to be there, just like the other instruments”.

Singer Anushik Ter-Ghukasyan says – “LoveWave is very experimental and that’s what I love about it. This wave is taking all of us out of space and time, making us come alive. I’m confident that our song will excite both the audience and the juries”.

Masha Mnjoyan  expressed her excitement by saying : “LoveWave is such a powerful song. And Iveta is fabulous. I can’t wait to see what our team will come up with for the staging.”

Christina Mangasaryan says – “I like how this song is both modern and ethnic at the same time. I just love how modern beats blend in with traditional Armenian tunes. And the instrumental part is incredible. I never thought that Armenian zurna could sound so melodiously”.

As for Sona Gyulkhasyanm she also expressed her excitement and opinion:  “I was very excited with AMPTV’s choice to send Iveta to Eurovision. I was really waiting for the song premiere, and as soon as I heard it, I had only one word in mind… WOW!”.

We can see that there is a united team with everyone knowing their role and working very hard with a high sense of responsibility to do their best in Stockholm.

Iveta herself stated that the song LoveWave itself is very emotional and the backing vocals will help her to present it by investing in it more energy.

Iveta Mukuchyan will sing at the first semifinal of the Eurovision Song Contest 2016, to be held on the 10th of May, under the number 7.