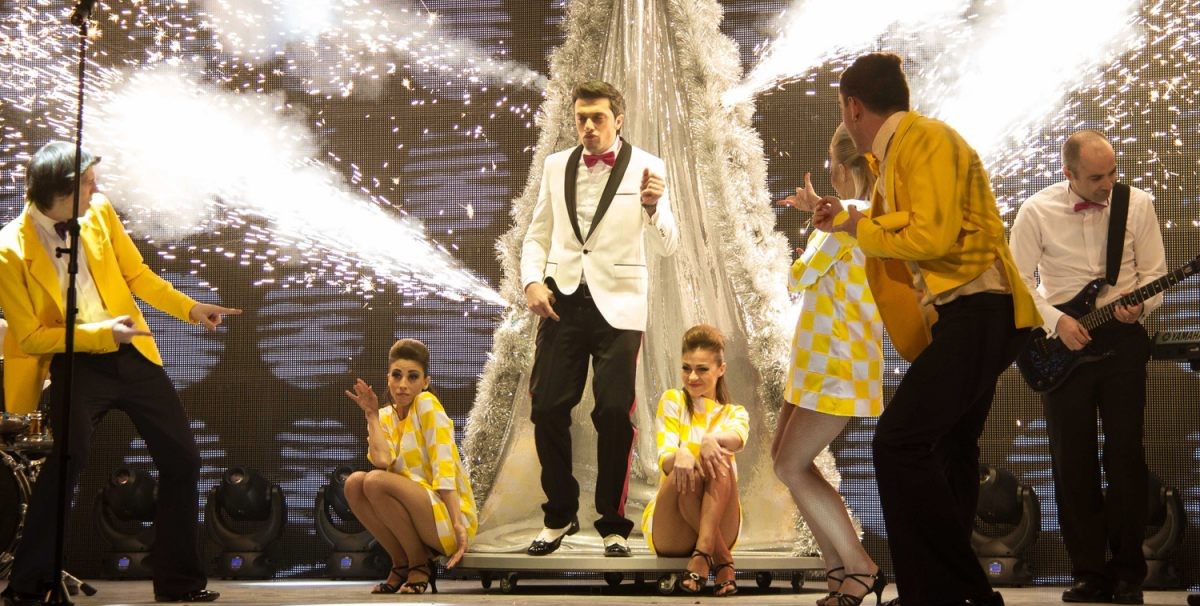 Armenian broadcaster AMPTV has announced the name of his representative at Eurovision 2014: Aram mp3 will be carrying the Armenian flag in Copenhagen!

Aram Mp3 is one of the most beloved personalities of the Armenian show business. He is not only well-known as the singer but also as the comedian and showman in his country. The singer is mostly famous for his live performances. He has a very unique style of covering the international hits and comedies.

Aram mp3 has been selected internally and his name has been revealed during the Armenian New Year’s Eve, a special show where he has been performed his  cover version of Jealousy by Martin Solveig:

His Eurovision entry will be revealed later. Stay Tuned!