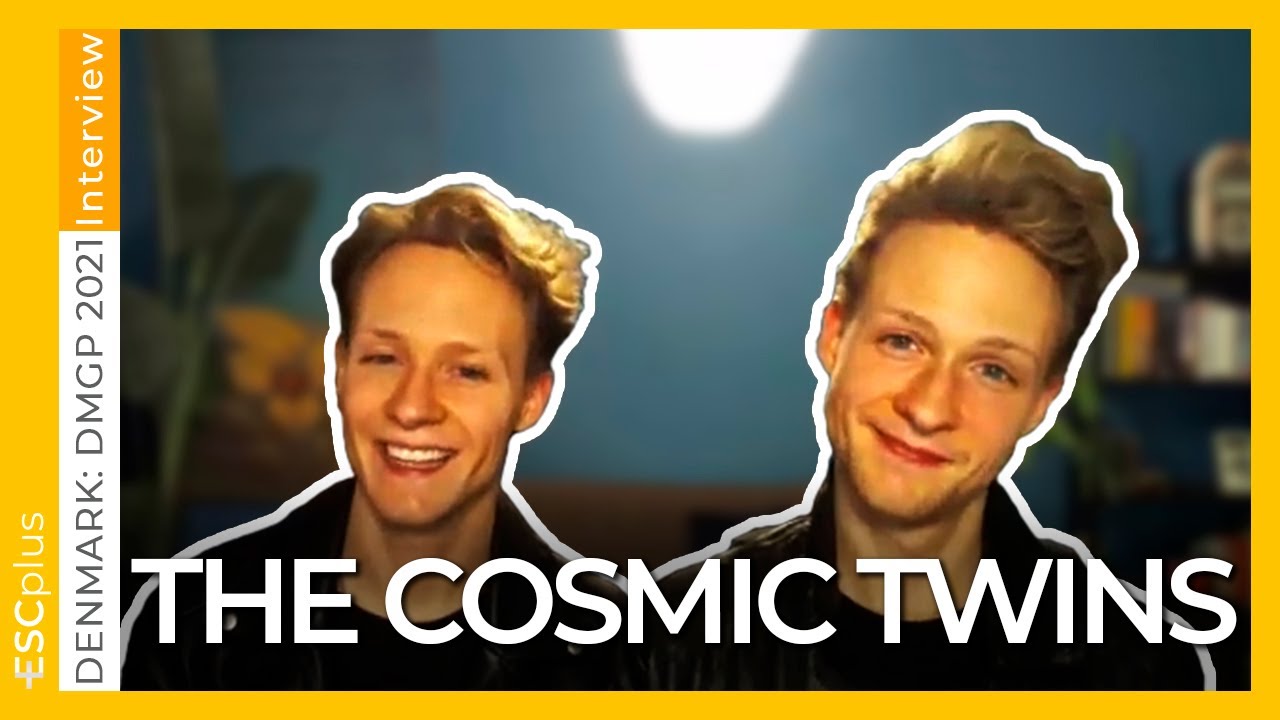 ESCplus talks to Chris and Aleec Andreev, the twin brothers from Denmark the entire Eurovision community will be talking about in the upcoming hours. They both have shared the latest details on its DMGP 2021 performance, check it out!

Chris and Alec, Alec and Chris. No matter how we actually set the difference ,cause they are the ones doing it from now onwards: “In the small details“. Both are now all set to step onto the Dansk Melodi Grand Prix 2021 stage today with their song ‘Silver Bullet‘. Some hours ahead of the grand final, the duo talked to us not only on how their Eurovision 2021 journey has been so far, but also how they see the Danish music scene, why they said yes to this opportunity, as well as their songwriting career or further dreams.

“Hearts on the floor, I can’t take it no more“, neither do we, but will Denmark do? His DMGP entry, written by Lise Cabble, Gisli Gislason, Rasmus Duelund & August Emil, is a self-story these guys want to deliver to the world while making us all dance to the disco sound which shapes it. Heartbreaking is the theme. In any case, the Andreev brothers know very well how to give us love, cause they are promising a hell of a show we are all going to be rooting for, which is about to be aired from Studio 5 at DR’s headquarters, from 20:00 CET tonight. “It is going to be mindfucking“, Alec admits.

Despite not having still heard much about their path, these two singers from Aarhus have been working hard for the last couple of years. Their dream is to keep doing music for as long as they can and they have not regrets on accepting this might be done in America in the near future. Eurovision seems to be the perfect beginning for them, either way, even though they don’t see it “as a competition“. “It’s just like a party and honor to music“, Alec considers, meanwhile they don’t even rule out a second attempt if the long awaited victory is not coming.

For the time being, they have already been associated with Jedward, whom they have exchanged some words via Instagram, right after the Eurovision 2011 and 2012 alums knew they could be having successors at Eurovision and prior to their participation at the DMGP final in Denmark.

They know how to build success, as songwriter Lise Cabble plays a key role on the team. She won Eurovision as part of Emmelie de Forest’s team in 2013, having also co-written ‘Only Teardrops’ as well as many more DMGP songs throughout the years, such as ‘Love is Forever’ by Leonora. This year, Danmarks Radio (DR) opted to present a full line-up of newcoming artists who we should all keep an eye on in the months to come.

Born within the heritage of a Bulgarian mother and an American father, creating music started as something to pursue once they discovered how to play ‘Guitar Hero’ when they were around 12. After several EP’s and single releases, it feels like entering the Danish national final this year was the right thing to do in pandemic times, as they “couldn’t say no when the offer came into their hands“. “It was so natural, so obvious, like… why not? We did not even hesitate, all in“, they both reveal.

They are not afraid of embracing party and glitter, even though they : “It is like a family, so nice to be a part of this. All the messages we have received, it’s just been so awesome” (Chris). “It is quite overwhleming, but in a good way“, Alec confesses.

At the age of 25, they believe that “twinning is winning” and they certainly did already with their studio rendition of OneRepublic’s hit ‘Let’s Hurt Tonight‘, which was already streamed 230.000 times on Spotify. After their 2018 TV experience on DR’s ‘LIVE!’, they are ready to deliver as the next Olsen Brothers. Moreover, the betting odds are pointing at their act as one of the main favorites to get the ticket to Rotterdam: “The more we see those things, the more excited we are for the show tonight” (Chris).

From an empty DR Byen’s Studio 5 in Copenhagen, with Martin Brygmann and Tina Müller as the TV hosts, two different voting rounds will be introduced during tonight’s gala to trust on the entire say of the viewers for the eventual and ultimate results. The first breakdown will see all eight competing entries narrowed down to three. Then, all of them will have to face another voting period in order to earn the audience favor. In the end, only one could result as the winner. Viewers will be able to vote during the show via SMS or smartphone app.

Want to know more? Watch the full video-interview above and discover what they have in store for their performance on Dansk Melodi Grand Prix 2021!