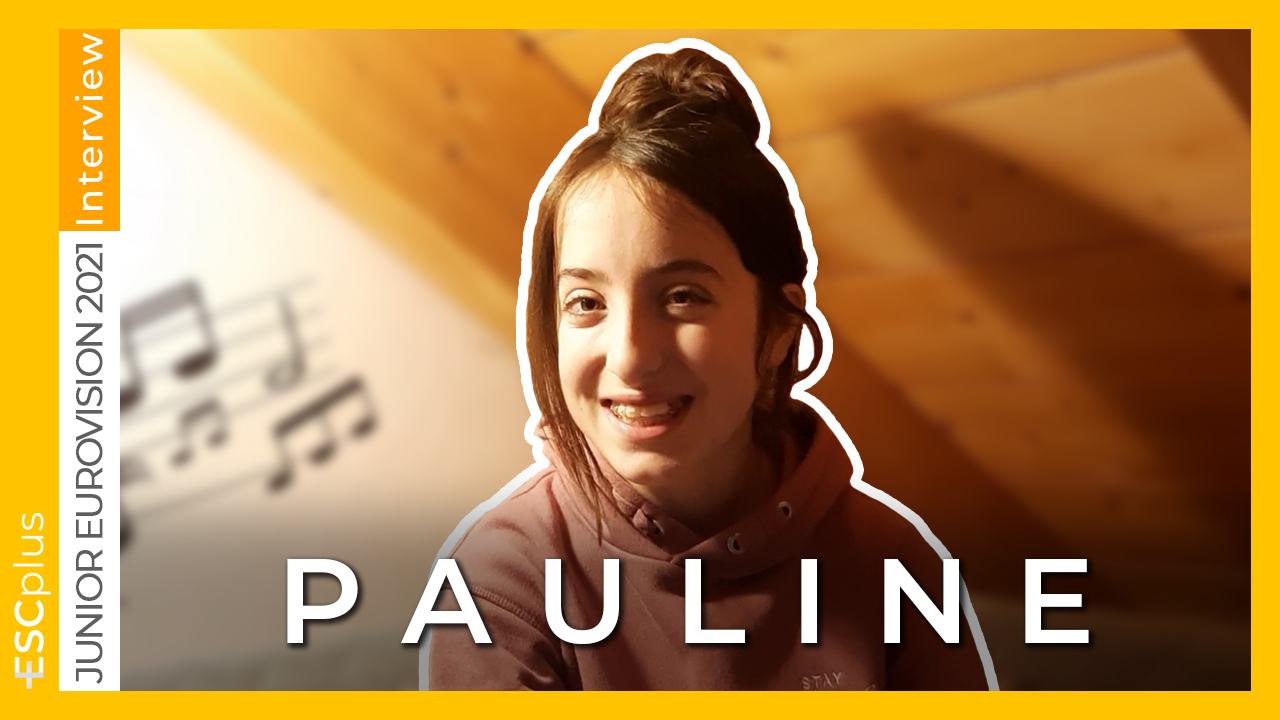 Our website, ESCplus has had the opportunity to have a nice conversation with the German representative at the next Junior Eurovision Song Contest, Pauline. The artist tells us everything about the great experience she is living and helps us to get to know her a little better. You can watch the video of the interview below

Pauline Steinmüller was born on November 27, 2008 in Wolken, in the west part of Germany. She is in seventh grade in the school, her favorite subject is music, and she likes also maths, specially solving puzzles and problems. She has an older sister who is 16 years. She, according to her parents, learned to sing earlier than to speak.

She also plays the piano and drums. From a very young age she was clear that her thing was music, through it she feels very happy because she can show her feelings and have a good time. When she doesn’t sing or dance, she likes to draw or play table tennis. She has performed in two children’s musicals at the Koblenz Youth Theater, she has had leading roles in the plays in “Kai aus der Kiste” and “Die Rote Zora”. She loves to listen to songs, one of the most famous musicals in history, but also pop genre songs. His biggest reference is the singer Olivia Rodrigo. She defines herself as a shy girl who transforms when going on stage, besides singing she is also an expert dancer. She has been part of a hip-hop group for six years and has been taking singing lessons for the past four years.

She has won the “Jugend musiziert” contest in her locality several times from her birthplace, she would like to be a music teacher and help other children to develop her talents.

Pauline was selected in ‘Wer fährt nach Paris’ last September. She will sing the song “Imagine Us” in Paris, made up of Alex Henke, Torben Brüggemann, Ricardo Muñoz and Patrick Salmy, a team with a lot of experience that she has performed songs for greats of German and Austrian music. “Imagine Us” is a pop song an a kind of “Hymn Inspirational pop”. It is about today’s generation of youth and the need to care for our environment and planet, as well as our friends and loved ones. For her the song is literally “A world of dreams” in which each person can imagine their fantasies and carry them out.

Special thanks to Anna Nisch for his kind treatment