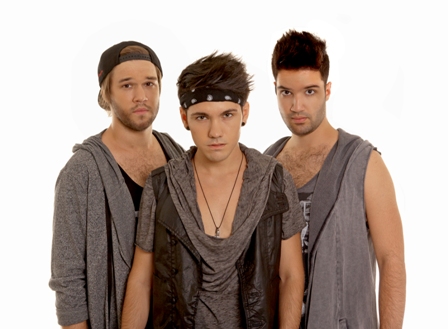 ESC+Plus: Hello guys! Firstly we would like to know more about you. Can you tell us about MDC, musical evolution and important achievements?

Hi everybody, we’re the MDC, Dániel Kiss on guitar, Botond Lapis on guitar and vocals and Miklós ‘Maykee’ Bátori (That’s me) on lead vocals. (I know it sounds different in English, you have to pronounce it like you say Mikey 😀 ) The band is slowly 2 years old, I’ve met Dani on the University of Óbuda, and we’re studying electrical engineering there. After much discussion we decided to create a band, but we needed a third member. We met Boti who was recommended by our Music Producer Attila Fehér, and then we founded MDC.

We entered the Hungarian X-Factor in 2013 and we made it to the finals. We reached the 12th place in the show. After that we started to work on songs, and our first single ‘Te se vagy más’ came out on the October of 2013. The staff of X-Factor asked us to write the entering song of the final show, called ‘Az élet vár’.
Our first music video, called “Szabadulj fel” was played in high rotation at hungarian music channels in Budapest and in rural towns, as well.

We played in lots of clubs, cities with our Judge from X-Factor Róbert Szikora, who started a tour called ‘Róbert Szikora and the Bands’.

In September we’ve decided enter the Dal with our song Maniac, and fortunately we’ve made it.

E+: Has it been difficult for you find your place in the Hungarian musical industry? Do you think it is more difficult for a boy band than a solo singer?

Hungary is a little country so it’s very difficult to be successful in here. There are lots of good and talented singers and bands, so if somebody wants to be successful, it will be a lot of work.

E+: A Dal is coming to be a very important event in Hungary. Why did you decide entering this competition?

Last year we wanted to enter A Dal too, but there were technical problems and things like that. In this year we wanted to write a song with deep meaning and what thousands of people pay more attention if they hear it.

E+: What it would mean for you to represent Hungary in Vienna?

It will be an honor and pleasure. We think the ESC is like the Olympics for musicians, and first of all we’d like to help people with our song, this is our first goal.

E+: Your song is called “Maniac”. How was the composition procedure? Can you tell us about the song and the story behind the lyrics?

Boti came in with this song idea, then our music producer Attila Fehér, changed it a little bit. When we heard the final instrumental version, we knew that the song will be about the addictions. Accurately the addictions negative effects on people. There are lots of addictions in our world like drugs, alcohol, gambling and hopeless love too. There are many people who fighting with these things. That’s why we think that everyone find themselves in our song, and we hope the others will help these people, after they heard our song.

E+: How are you preparing your “A Dal” performance? Can you reveal us anything about it?

All we can tell, we’re practicing for the contest and we’re going to do 1000%. J

E+: What are your main strengths so as to get the support of juries and televote to win the contest?

As we said before maybe the lyrics. We are going to illustrate the meaning with visual effects and colors, because we know some people don’t understand English lyrics in our country but we wanted to create a song for the contest that had the ‘native language’ of the pop music. J

Absolutely English. Our goal is to understanding the message with Europe and the World.

It’s a big chance for every artist who represents their country. Maybe it can bring a lot of concert and things like that. There are talented artist in every year from every country so we can learn from them as well.

E+: Do you have any favorite song among the other “A Dal” candidates?

Every member had 10 favorites, so the MDC have 30 favorite songs.

E+: Do you usually watch Eurovision? Do you have any favourite song in the history of the competition?

From the year 2013, we loved Loreen’s Euphoria. It was an amazing performance an amazing song and a fantastic artist. Boti personal favorite is Euro Neuro JJJ.

E+: Finally, would you like to send a message for our readers?

Believe in yourself, stay strong whatever happens, and read esc-plus.com. 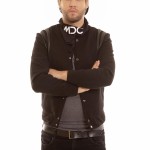 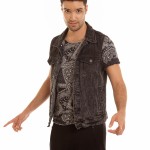 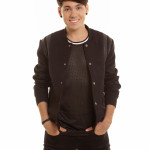