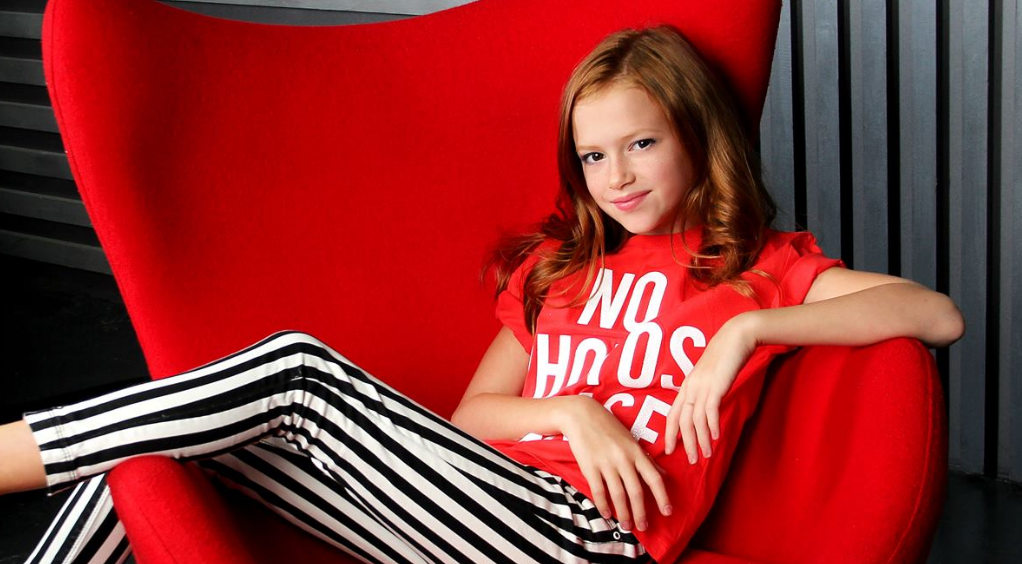 ESC+Plus has had the chance to talk to the Ukrainian representative at the Junior Eurovision Song Contest 2017. Anastasiya Baginska told us about her preparations for the contest, her hobbies, and expectations… meet her now!

ESC+Plus: Hello Nastya! First of all, congratulations on having won the Ukrainian national selection for Junior Eurovision 2017!

How did you feel when you were named the winner of the Ukrainian national selection? Did you expect it?

Anastasiya Baginska: At first, I lost all thoughts, and when I realized what had happened, I was thrilled, probably this is called happiness =).

E+: This was your second attempt to represent Ukraine at Junior Eurovision, as you came second at the 2016 national selection. What do you think it has helped you to reach the top finally?

Anastasiya Baginska: Last year we had very little time for everything. Song was written right before the contest itself, we hardly managed to send an application, and we hadn’t prepared for the vote at all. This year, all my friends knew that I was going to take part in the selection, we made the song in advance, plus we worked on the production. So I think that everything has its time!

E+: Kateryna Komar is the composer of your song and she has also written some of your previous singles. What does she mean to you? How was the composition procedure of “Ne Zupyniai”?

Anastasiya Baginska: Katerina Komar for me is not just a vocal teacher, an author, and composer of my songs. I think she is a wonderful person, very kind and my big friend, because she supports me in every situation, she teaches me a lot. I am grateful that I can be friends with her and learn from her. 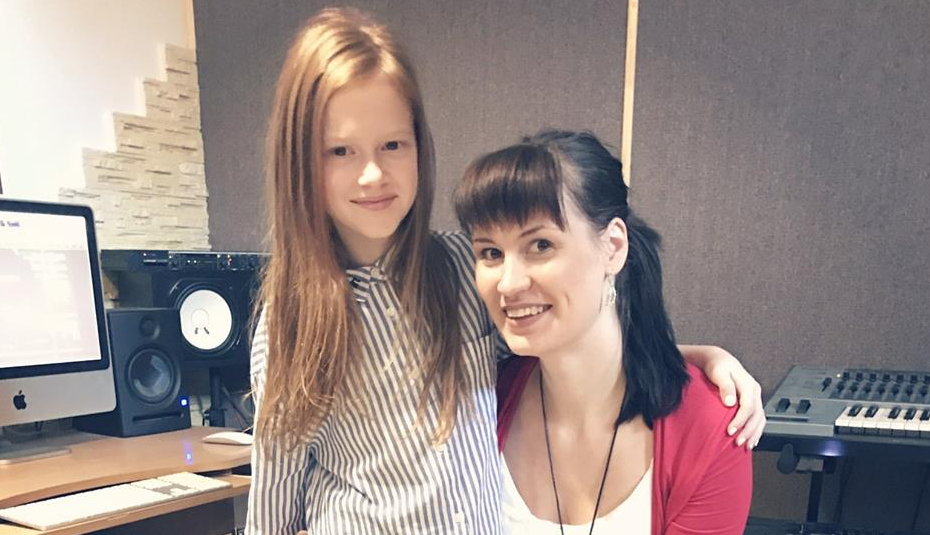 E+: Tell us what your song is about. What is the thing you like the most of “Ne Zupyniai”?

Anastasiya Baginska: With my song, I want to tell all people that should never give up, do not be afraid of dreaming and follow their dreams. I think that this song is entirely about every person, including me! I want my song to help everyone achieve their wishes!

E+: A few days ago, you released an official music video to premiere the new version of your song. How was the shooting of the clip? Were there any funny anecdotes you can share with us?

Anastasiya Baginska: The title of the song is “Don’t Stop”, so the video is a story that fully reflects the meaning of the song and the main actors are teenagers. Everyone has an interesting and not an accessible path, but their paths crossed and something beautiful came out of it. But you’d better watch it. It has long been on my channel and the official page of the Junior Eurovision Song Contest.

E+: Have you already decided about how your stage performance will look like? How about the costume? How many hours per day do you work on preparations for Junior Eurovision?

Anastasiya Baginska: Work on the image was not easy, as well as on everything else)) First, we came up with the statement of the performance, then the director told how he saw everything on the stage. Later, our designer came up with images, and then we chose fabrics, etc. We have already decided everything, the final working moments are coming and my suit will be ready soon. All preparations for the contest, including the selection of clothes, can be watched on my channel, my #Bagi_Vlog, in which I reveal all the details))

E+: What do you expect from your upcoming experience at Junior Eurovision? What do you think it will mean for your musical career?

Anastasiya Baginska: I like to sing very much, I do it every day at home, and I am always in touch with my teachers. Music is everything to me, my life is completely connected with music. Therefore, my participation in contests, festivals are important steps in my development. It’s always an exciting experience; it’s a constant tone and movement! I think this is important and necessary for every young vocalist.

E+: This year the Eurovision Song Contest took place in your country? How did you experience the event? Did you have the chance to meet any competing artists?

Anastasiya Baginska: Yes, this year a special promotional video about Ukraine “Come to Ukraine to Celebrate Diversity” was released for Eurovision 2017 – it was a 30-second video shot in the most beautiful places of our country. I was invited to be the main role. Later with this song, I opened the fan zone and the “Red Carpet” for all the guests of our country.

E+: If you could choose a Ukrainian singer or band to compete at Eurovision 2018, what would be your choice?

Anastasiya Baginska: I cannot answer this question, as for me everyone deserves to win this contest. Ukraine is very rich in good performers and beautiful music.

Anastasiya Baginska: I have taken part in many competitions, but the ones I remember the most are: The International Festival of Arts “Slavic Bazaar in Vitebsk” in the Republic of Belarus, I brought GRAND PRIX to Ukraine, and the TV project “The Voice Kids “, where I became a superfinalist.

I take an active part in the cultural life of my native city and our capital. I also spend a lot of time on charity and social projects.

I’m learning to play the piano. I love singing, dancing, reading, drawing, roller-skating, skating, riding horses. I also like traveling, to the sea and the Ukrainian mountains, together with family and friends! Favorite holidays – Birthday and New Year! 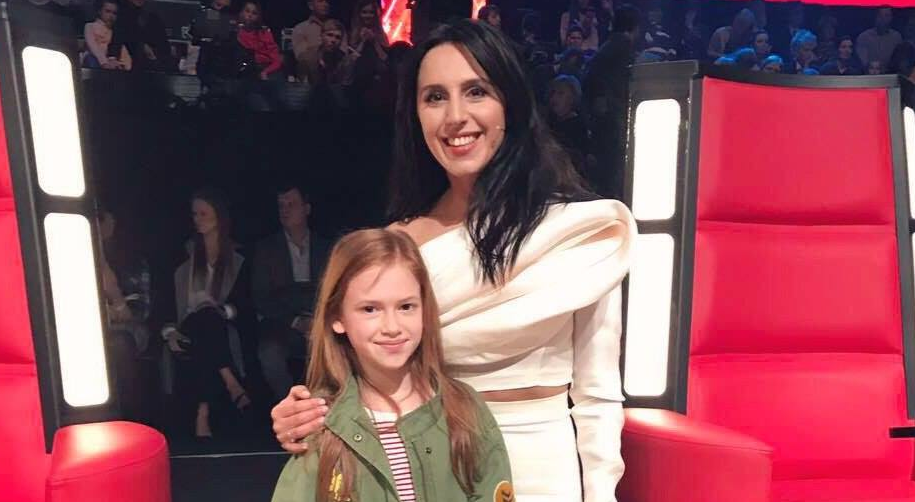 E+: Two years ago, you were runner-up of the television project “The Voice Kids”. You went through the blind auditions at the second attempt. How do you remember your experience at this TV contest?

Anastasiya Baginska: This project means a lot to me, it was a challenging, exciting and positive stage. I got the chance to perform at the solo concert of Jamala, I will remember it forever. I got a lot of experience on stage, bright and unforgettable impressions from the tour around Ukraine thanks to the Ukrainian singer and his project called “Potap.Kids”.

E+: How do you feel while singing on stage? What has been your most special performance until the date?

Anastasiya Baginska: In early 2016, together with 12 more talented children, I became a little ambassador of Ukraine in the Netherlands. It was in the campaign “Hop, Nederland, hop” to support Ukraine on the eve of the referendum on the approval of the Association Agreement between the European Union and Ukraine.

Before each performance, I always think through the lyrics in my head and wash away the songs, which helps me to get rid of the excitement. It is essential for me to understand what I’m singing about and it fills my whole soul. Support is significant to me, so it all makes me feel good before the performance.

E+: Can you send a message to our readers and Junior Eurovision fans?

Anastasiya Baginska: Thank you very much for your wishes! I want to tell everyone – never give up, don’t be afraid of dreaming and make wishes, even if at first sight they seem fantastic and inaccessible, go for them and don’t give up. It might not work at first, but you have to insist on your own and learn from mistakes. Don’t Stop!