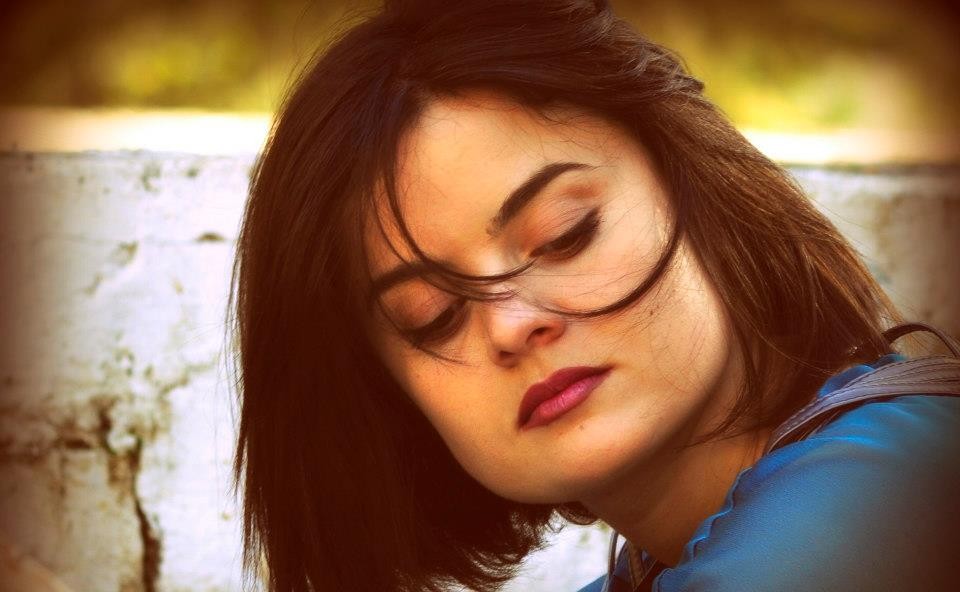 The recently chosen Albanian representative at Eurovision 2014 Hersiana Matmuja has exclusively talked to ESC+Plus.com just a few days after her victory at “Festivali i Këngës”. Get to know more about her Eurovision plans and her song below!

Hello Hersi! First of all thank you so much for giving us this interview as Albanian representative at Eurovision 2014 and congratulations on winning the 52nd edition of “Festivali i Këngës”!!!

ESC+Plus: How do you feel being the Albanian representative at Eurovision after four unsuccessfully attempts? What does It mean for you?

Hersi: First, I want to thank you for your interview and congratulations. It’s true I’ve participated four times before this year at Festivali I Kenges, but I don’t consider any of my participations as unsuccessful. Each year I tried to give my best, because before winning a price like this, I considered it very important to prove that I was worthy to be given this opportunity.

My goal changed each year: I first only expected to win in the youth category, in FiK 45, than after winning and been qualified to the semi-final, I hoped to qualify to the final, as I did. Since that year, I’ve been spiritually connected to the Festival, as the first stage where I was appraised for singing live. Than, after two more participations, last year I arrived third, and I can say this year was the very first year I felt I could hope for the first place. Though, when I heard my name as the winner of Festivali I Kenges, I was totally in blank.

I couldn’t understand or feel anything; the moment I went out in stage to receive the trophy I can only remember vaguely. It was weird. The first days after that, I was cry-and-laugh at the same time, and I’m still on the way to realize that I’m going to represent my whole country at the Eurosong Contest! 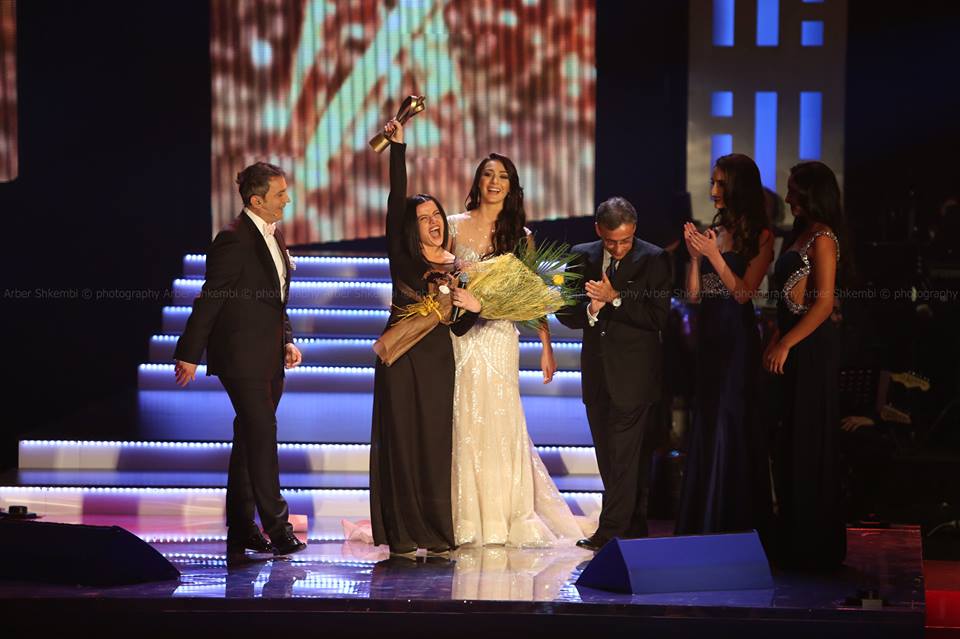 E+: How did you decided to enter the competition once again? Did anyone impelled you to take part or you decided It by yourself?

Hersi: As I said, I have a big gratitude for what the FiK stage has given to me as a singer. Every year I wanted to have an entry there; it was the most important experience for me. When last year, in collaboration to the composer Genti Lako and the lyricist Jorgo Papingji we arrived third, I think we were consolidated as a successful team, because we had a perfect artistic chemistry. That’s why we were very convinced we had to have an entry this year to. Than, after hearing the demo of the song at the composer’s studio, I started crying to the song, it grew up in me very quickly, and I had a big faith on it.

E+: Can you tell us what is your song about? What’s the story behind the lyrics?

Hersi: The song is-as understandable from the title about the anger, as the worst human feeling that can destroy all kind of human rapports, especially friendship, if you don’t calm your self, if you don’t think it before saying those hurtful words. That’s why the song has that furious intro; it describes the anger of one moment, and that’s why than, after the intro, the song turns into a ballad, as quiet and sweet as we always should be.

The song has a simple, clear, but important message to give to us: “The morning is smarter than the night”, is an aphorism cited in the verses.

E+: Will you sing the song in English or will you keep it in Albanian?

Hersi: Well, I want to sing it in English, because I want everyone to understand the lyrics and their message. But, it’s still to be seen.

E+: Are you going to revamp the song for Eurovision? What kind of arrangements would you like to see in the final version?

Hersi: We haven’t had time to gather and discuss about that, but I trust Genti Lako’s taste and choices. I like the song as it is, but it has to be first shortened, than rearranged for the European public.

E+: Have you thought about shooting an official video-clip or preview video to introduce your song?

Hersi: I think we will shoot a video-clip, but we have to rearrange the song first. 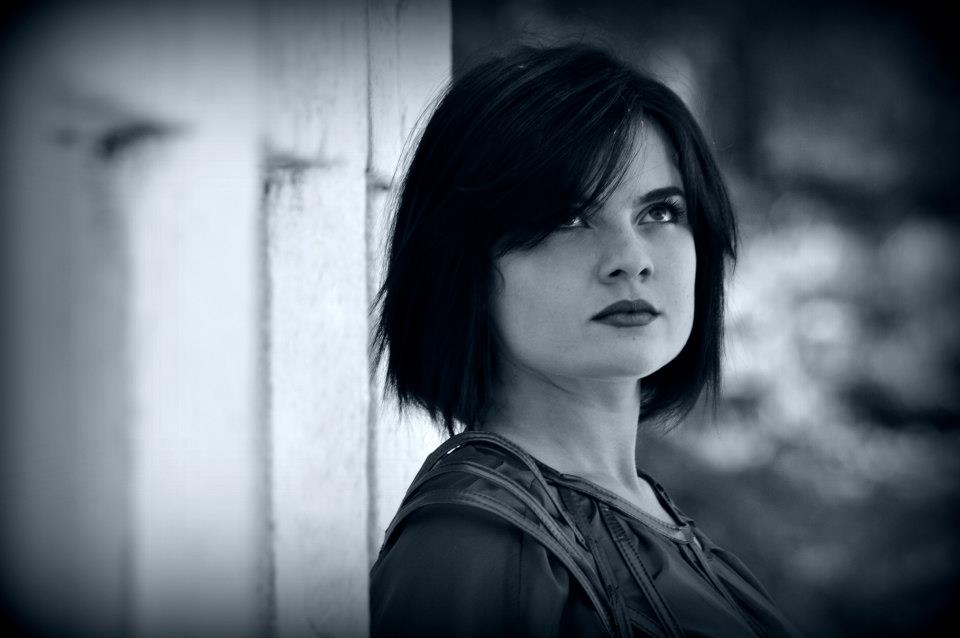 E+: What are your plans to prepare your Eurovision performance? What kind of staging would you like show in Copenhagen?

Hersi: I would like it to be a simple performance; I’d like people to listen to the song rather than seeing it. But, everything can change until the last day.

E+: Tell us what can your music provide to the Eurovision competition? What are your expectations in Denmark?

Hersi: Well, one thing I know for sure: this is a very particular song. I don’t think there have been songs of this genre before in Eurosong; it’s a pop and r’n’b ballad, with a strong influence from our typical Albanian music, and from the composer’s original style…It sounds different, and I hope for the european public to appreciate its originality, and qualify it to the big final.

E+: Have you watched Eurovision before? What are your favourite songs of the competition’s history?

Hersi: Yes, I watch the Eurovision every year, because I enjoy the contest and I like a lot of the songs there; also because I’m a patriot! I hope for the Albanian entry to get a good position, and I felt very proud about Rona Nishliu arriving 5th! So, I have to say I have a special connection to her song. But I can’t really choose from other entries: there have been so many good ones, a whole history.

E+: Tell us about your music career, what are your most important achievements and moments on stage?

Hersi: I started singing when I was 8 years old, and I have participated in many festivals as a child, before entering in the FiK contest. The first time I participated in the FiK was one of my biggest moments. But I can’t leave aside my competitions in the classical music. Five years ago I competed for the right to study on the Santa Cecilia Conservatory in Rome, and I was qualified as the first on the list! It was a huge moment for me. I’m on the fifth year now, and meanwhile I continue participating on concerts and competitions for classical music. It’s a big passion of mine.

E+: What do you do in your free time, do you practice any sport, do you have any other hobby besides the music?

Hersi: Being also engaged with the classical canto, music fulfills my whole spiritual needs. And I also can’t say I’m a game some girl, so most of the time, I am only studying music, or just listening to it.

E+: If you could be invisible for one day, what would you do?

Hersi: Hmmm…I guess I would go some place full of people and sing invisibly, and watch their faces trying to find out where the voice comes from! I kind of like the idea of being just a voice.

E+: Can you send a message for our readers and fans of Eurovision?

Hersi: Thanks for your positivity, for your comments, congratulations, for your support! I love all of you, because you people love art, and I love everyone that loves art, especially those who love music. My biggest respect goes for you!

E+: Thank you very much, good luck and see you in Copenhagen!

Hersi Matmuja will represent Albania at Eurovision 2014 with the song “Zemërimi I Një Nate” (One Night’s Anger):