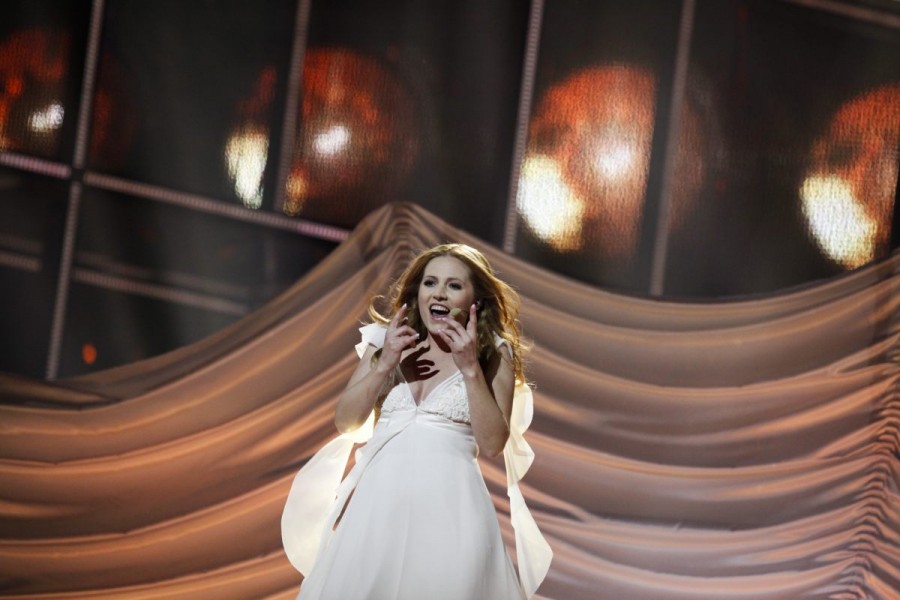 The Sanmarinese diva has spent some minutes with our team in Copenhagen. After getting the historic pass through the Grand Finale last Tuesday, at the third attempt, she feels more confident than ever. “I’ve grown with Eurovision. First time, with ‘The Facebook Song’ it was all about having fun, but I wasn’t a teenager. So I participated like an actress. Now it’s really me on stage”.

Asked about whether trying Eurovision next year or not (it would be the fourth time in a row), Valentina answers singing the chorus of the lucky song she features this year at the Contest: “Maybe…”

Valentina also talks about her favourite entries to win the competition tomorrow. You can listen to the whole interview here:

Valentina Monetta will carry the flag of San Marino for the first time in a Eurovision Finale tomorrow. She will sing ‘Maybe’ at place 25.