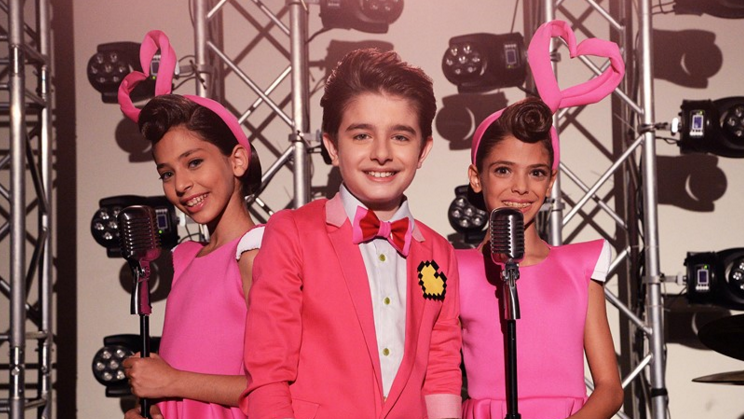 We are coming today with an interview from the Armenian cupid, MIKA!

Hello MIKA! First of all, congratulations on having been selected to represent Armenia at Junior Eurovision 2015!

E+: How did you feel when the Armenian Public Broadcaster made you such an important proposal? Did you take some time to accept it?

Hi! Thank you very much!

Well, I got a call from the Public TV Company of Armenia and I was told that I was chosen to represent Armenia in the JESC 2015. I can’t say what exactly I felt at that moment, my emotions were mixed! I was very happy, surprised and excited at the same time. I immediately accepted the proposal, as representing my country in Junior Eurovision was the biggest dream I had for the past 4 years, and now, it was finally becoming a reality!

E+: You had already tried to represent Armenia at Junior Eurovision before. You even won the national selection with Compass Band, but you weren’t enough old to compete. Do you think those previous attempts have made you the perfect candidate?

Since 2012 I’ve been competing in all Armenian national selections for the Junior Eurovision. Unfortunately almost always only several points separated me from the victory. Though later, some members of AMPTV’s creative team told me, that they always had an eye on me. So I guess this year was the right time for me to shine!

E+: Tell us what your song is about. What is the thing you like the most of “Love”? How was the composition procedure?

I think my song “Love” is very positive. It also carries the message of the importance of love and joy. It is filled with an incredible energy and emotions – my emotions. That’s what I love so much about it. Through “Love” I can pass my energy to everyone, and share those positive emotions. Also I really like that it’s a Rock N’ Roll song. I have never sung in this genre before, so this was a great experiment for me. I composed the song together with Lilith Navasardyan and lyricist Avet Barseghyan. The production process was so much fun! It was great to have a chance to work with these professionals, and create a song specially for me! 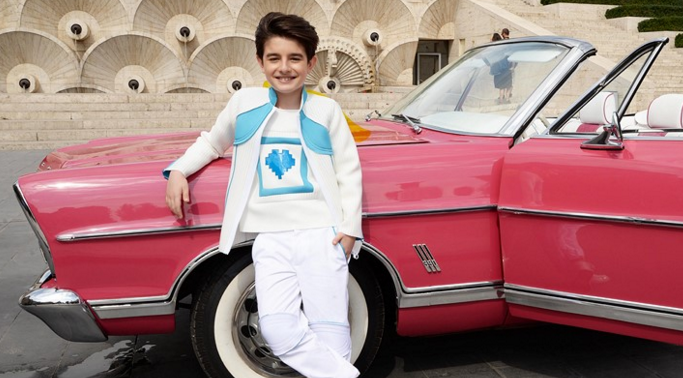 E+: Did you consider any other options regarding the song selection? Why a cupid as the main character of your song?

Yes, we had some other versions and ideas for the song. But when I heard the final version of “Love”, there was absolutely no doubt – this was my song. I chose the cupid character because I think he is one of the kindest characters in the world. Also, the creative team of Armenian Public TV came up with the idea of “Cupid inc.” which turned out to be very cool and fun to shoot.

E+: Your song was presented through an official video where Aram mp3 (Armenia at ESC 2014) was featured. How was the shooting of the clip? Can you tell us any funny anecdote?

Yes, I worked with Aram Mp3 during the shoot, and this was another dream come true, because I always wanted to work on some project together with him. The shoot of the car scene was probably the most exciting and fun part. Aram was driving the car through the city. My song was playing, my assistant cupids were singing and dancing at the back of the car, and I, as a chief cupid, was aiming at different people on the streets, making them fall in love! Everybody was very surprised but happy at the same time, and they also became a part of my music video!

E+: Have you already decided about how your stage performance will look like? How about the costume?

I’ve been quite busy these past weeks. I am having vocal trainings, dance and stage practices. I can’t tell you much about my performance on the stage, as I want it to be a surprise for everyone. But I can assure you, that you’re going to Love it!

E+: What do you expect from the upcoming experience at Junior Eurovision? What do you think it will mean for your musical career?

I think that Junior Eurovision is a great opportunity for young artists like me. Of course it will have a great impact on my future musical career. Even now, I learn something new every day through my practices and trainings. I try to enjoy every single moment of this amazing experience. I also think that JESC is a great place to meet amazing and talented kids from all over Europe and make new friends. So I just can’t wait to meet everyone in Sofia!

E+: Have you taken a look at the stage design for this year’s Junior Eurovision? What do you think?

Yes I have, and I love it! I think it’s amazing, and it will make every single performance unique and beautiful. 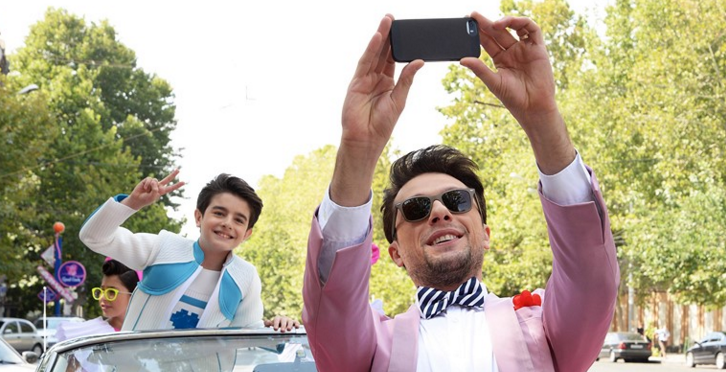 E+: Do you usually watch the senior Eurovision? Armenia has recently announced that Iveta Mukuchyan will be in Stockholm. What do you think about this choice?

Yes, I watch both. I’m really excited that Iveta is representing Armenia next year. I think she is wonderful. She is very beautiful and talented, and I’m sure she’s going to come up with something amazing to rock the stage in Sweden!

E+: If you had to choose an Armenian act to compete at the senior Eurovision, what would be your choice?

I think I will be a great candidate for that job!!! 😉

I’m a big fan of Michael Jackson, Bruno Mars and Elvis Presley. My most favorite subjects at school are foreign languages and chemistry! And most importantly I love singing and dancing.

E+: You are also TV host. Tell us more about your experience on television, what is the think you most like of hosting on TV?

I really like working on television. I also do voiceovers for different movies and animation films. It’s an amazing world and I just love the atmosphere and the creative people!

E+: One word to describe yourself:

Chief cupid Mika has one important message for everyone – be kind to one another!

Thank you very much for your time and see you in Sofia!

Thank you Belén, see you in Sofia!

Michael Varosyan (MIKA) will represent Armenia at Junior Eurovision 2015 with the song “Love” after having been internally selected: