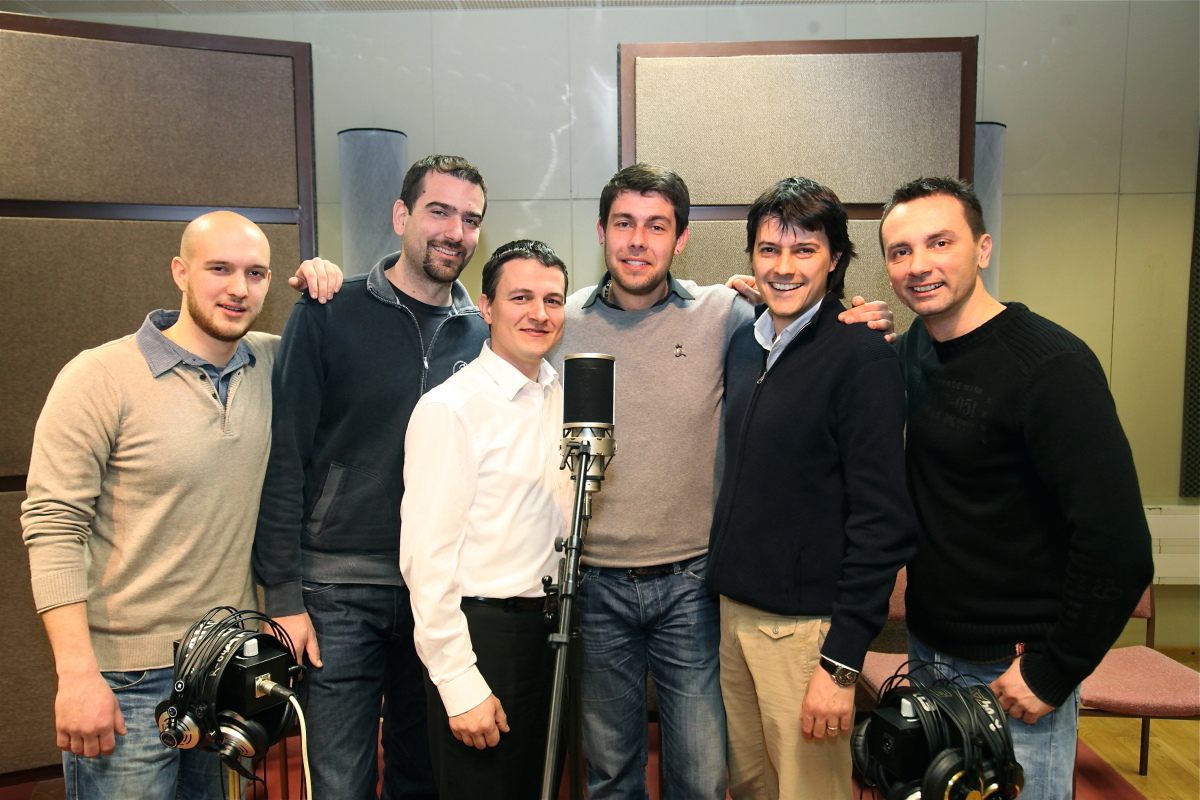 Some Days ago, we had an interview with Klapa S Mora: This is what they told us:

ESC+Plus: Hi Guys! First of all, congratulations on your song for The Eurovision Song Contest! How do you feel?

Klapa S Mora:Thank you for the congratulations, we’re feeling great!

E+: How the idea to represent Croatia came?

K: That was not our decision; it was decided by the HRT’s team in charge of the project. Since the UNESCO decided to inscribe the klapa multipart singing on the List of Cultural Heritage of Humanity last year, it seemed logical that Croatia would choose this for its presentation at the Eurosong.

K: We believe that everyone is watching the Eurovision Song Contest or have seen it at least once. It’s always a mixed bag, some songs are good, some are bad, there are interesting performances… It is always varied and fun, which is what makes it interesting.

E+: Will you make a promotional tour?

K: We are in the process of arranging some gigs in Croatia, but also abroad.

E+: How will you prepare themselves for Malmö?

K: We have many rehearsals scheduled, both for choreography as well as singing. We’ll keep on going over everything until it’s perfect .

K: A traditional klapa performance isn’t very imaginative: you just stand around and sing. We’ll try to liven it up by some moves that reflect the spirit of the song… Wait for the Eurosong and see.

E+: Do you have any favorite artists or songs from ESC?

K: We remember many hits, but prefer not to single out anyone at the moment.

E+: Do you prefer to sing in your own language or in English?

K: Well, we were surprised by how comfortable we felt singing the song in English, but we believe that this type of song, which is party rooted in the Croatian tradition, should be performed in Croatian.

E+: Have you heard the song from the other countries? Would you like to have part in the Croatian Jury?

K: We have heard some, not all. We still prefer not being on the jury, that’s not an easy job.

E+: Have your song been influenced by other cultures?

K: No, it’s all about the Mediterranean culture.

E+: What do you think of neighborhood voting in the contest?

K: That’s only understandable. Languages are similar, viewers understand them better and might even already know the performer… There’s nothing strange about that. We expect our neighbors to vote for us too!