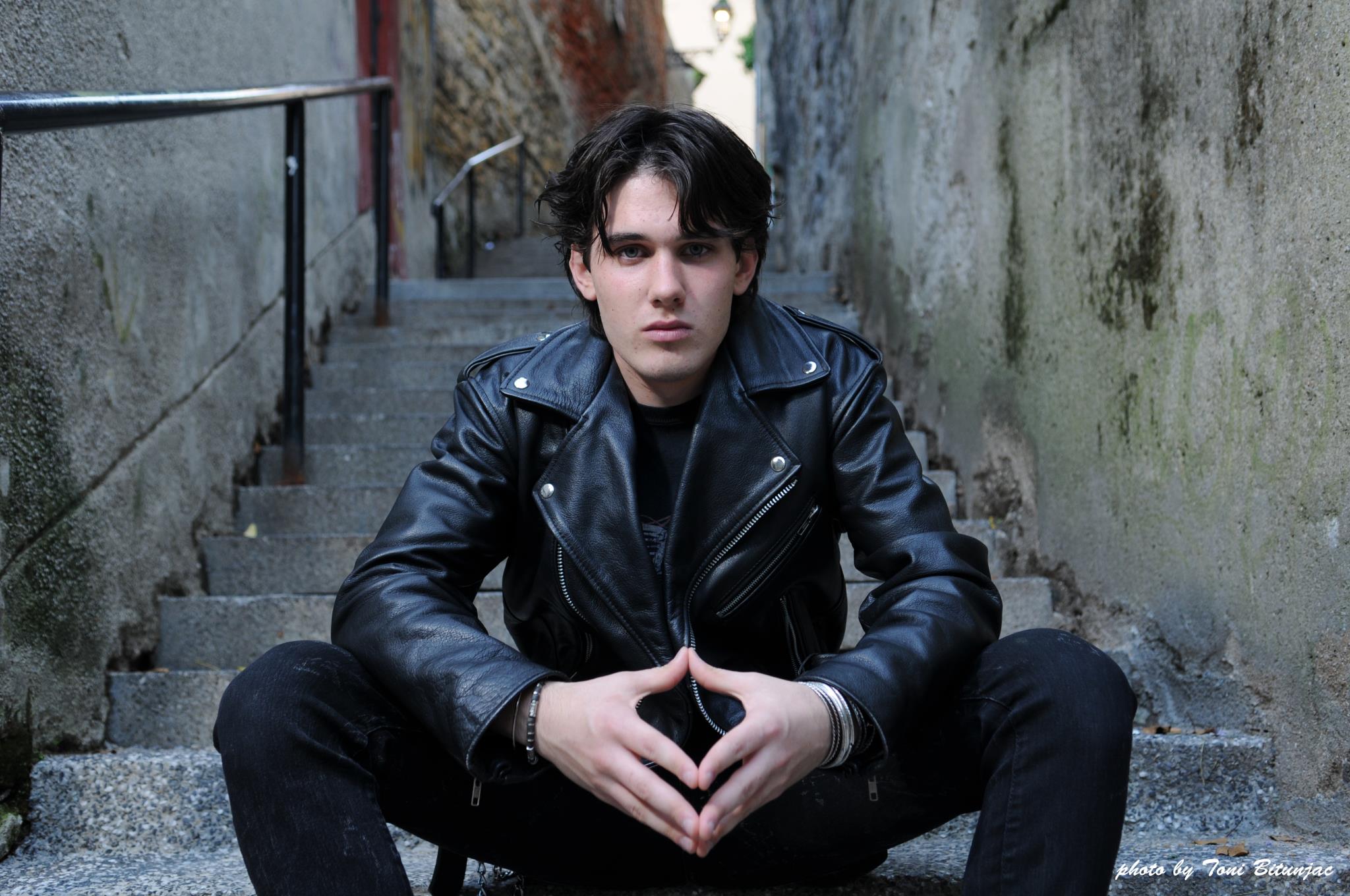 The first Junior Eurovision winner ever has been exclusively chatting with esc-plus team, he has told us about his life after his victory in Copenhagen 2003 and his musical carrer until the date.

First of all, thanks for giving us this great interview as the First Junior Eurovision winner ever.

We are going to review with you one of the best moments in your life.

-What does Junior Eurovision mean for you?

At that moment it was top of my successes after 3 years and 10  international festivals and so many awards. It was biggest win in front of 100 mil people and it was such a fantastic feeling.

But the feeling to be the part of such a great show, to perform in front of sold out concert hall and to do what I love the most is something unforgettable. I love it and I always like to remember not just the performance but everything that surrounded this fantastic event.

Well, as I said already, I got 10 international festivals behind me and those 2 ones (in Croatia and Denmark) have been similar things for me regarding my stage performance.

My goal was (and still is) to feel comfortable and do my best, send my emotions and love through music to people and fans and to enjoy on the stage.

If I do that, I don’t worry about the result. My family always asked me after stage performances – “Are you satisfied?”

If I say – “Yes” – that was it. My goal is full field. The result of the jury and voting, it’s another story.

Sometimes it’s fair, sometimes not. There were festivals where I was really good and didn’t win and some where I failed (my feeling) and got an award. So, that’s not measurement for me.

My feelings are. But, of course, it was nice to win and became first ever Junior Eurovision Song Contest Winner.

Who wouldn’t love to be in my position at that moment is not really honest.

-What was your song “Ti Si Moja Prva Ljubav” about?

It was about my first love but it is a dream story which come to my mind in plane when I was flying back home from Cairo int. festival, there I heard that that year will be the 1st JESC. It was very relaxing situation, idea came, I worked later to adjust some lyrics because in the beginning the lyrics were all more funny because of the picture I got in my head where I met that girl in the restaurant.

-Could you tell us what was your favourite other countries’ songs?

Well, first of all, as I preferred rock since I was very, very young, I liked X!NK, then I liked Bubu the drummer

while I like drums and I know him from Int. festival in Romania and I like Volka with song “Tantsui”.

We became very good friends and 2010 when I came to Minsk she surprised me with a nice gift,

giving me a document as proof that I have a star on the sky with my name. It was so emotional.

-How was your experience in Denmark?  Did you make many friends?

Yes, as I am very friendly, down on earth person, I make easy contacts with people. As I said there is Volka I am in contact with, there is a beauty from Greek crew I talk often with but as I was present on 4 JESC’s so far, I have contacts with so many performers…

-How was it seeing your sister represent Croatia in the contest?

My sister is an extraordinary person and fantastic singer.

She wrote 2 songs for Eurovision, one slow, one fast. We tried to convince her to go with slow song while there she could show her full potential. But no. She decided to go with “Rock baby” and also to go alone, without dancers.

Because of the atmosphere around 3rd JESC in Croatia, open favourising of some other competitors from certain people, we were surprised by her win. She did a great stage performance, sung really good and received from all voters 8 – 12 points. Looking at all those angry faces around us was really sad. But that’s what happened after my win too (from some unhappy parents).

In Belgium she came with 2 big issues: 1st – she is Dino’s sister and 2nd – Croatia was on the edge of disqualification because Croatian national TV wanted to broadcast JESC latter which is against rules. Even in plane to Belgium we were not sure if Lorena will take a part or not.

I am pretty sure, hosts from all countries knew that and commentated it and made a wrong impression of her performance to their audience.

I was there and I tell you, she alone on the stage gave a really great performance and she deserved to be in top 5. But I said before what I think about voting. To hear Lorena singing in the age of 14 here are links:

-What do you think about the evolution of the contest and its stars, countries… Do you still watch the contest?

As I said I was on 4 of them. Hm, mixed thoughts. Regarding organisation, stage, technical side – it’s always perfect.

I think the Swedish crew is doing that and it’s perfect. What I don’t like is that the voting is becoming similar to ESC – neighbour to neighbour. And music is not in 1st place but the show is. That’s why I think the 1st JESC where I won was an “innocent” one.

-How was your experience in Belarus when you returned at JESC as a guest singing with the past winners? How was it recording the special documentary?

It was fun. I met my friends – Volka, Maria Isabel, Ksenia… I also met Alexander Rybak and some other Belarusian stars.

It was fun on the stage although, as I am grown up I would prefer to sing my new songs.

In fact I did, I sang on opening ceremony my new single “Rain” and Bon Jovi’s “Keep the faith”:

We all had a great time there, went for lunch, dinner, parties together. I met wonderful people there like Victoria and George and we are working on a duet. I also did a lot of interviews in Minsk (and as I said, I received my star in the sky!)

The documentary was recorded in Croatia. We organised several beautiful destinations like National park Plitvice, castles… It was real fun doing that and the Belarusian TV crew was great.

-How has your music career evolved since you won in 2003, until now? How many CDs have you released?

Immediately after the JESC win I released an EP with the winning song and that EP became the most sold EP in Croatian history. Then I released my first album “No.1” in Croatian and after that the international version which was released in 13 countries.

In Croatia I was top on album selling and the winning song was on all charts. I became the youngest performer to be nominated for Croatian music award “Porin”. Next 2 years I was touring from Croatia, Slovenia and Bosnia to Denmark, Norway, America and Australia. I got a main roll in famous musical in my hometown, got over 150 concerts, got a big sold out stadium concert in my hometown, performed with famous Croatian singers as well with Ronan Keating and UB 40…

After 2 years, my voice started to change, I stoped and rehearsed singing under patronage of my vocal coach for next year. Then I was ready to record new album but got a huge problems with my record label.

It stoped me for 3 years until we were out of the contract and then I went to Australia for 2nd album recording.

We finished it with Swedish producer Robert Ahrling and this album is what I am now. Rock style.

Here is a preview:

The whole album you can find on all online shops – itunes, amazon, spootify…

-Would you like represent your country at Senior Eurovision?

I don’t know. The time will tell.

– What do you expect in the future? Do you have any new project?

Of course. I have a fantastic support band “Ground zero”, those guys are killer, such talented crew! I love playing with them. That’s what I like the most, we play very often in Croatia and neighbour countries and as I released the English album world wide, I am planing a tour to Germany, Australia, South Africa and have an option to go to USA.

On the other side, I am regular student on Music Academy, I am writing music for a movie, I am composing on daily basis.

Conclusion, I would like to get academy diploma and go internationally.

Here is my youtube channel for all my friends, fans and future concert visitors:

We wish you the best in your career and thanks once again!

I wish all the best to you, my fans, your fans, and all people reading this interview.