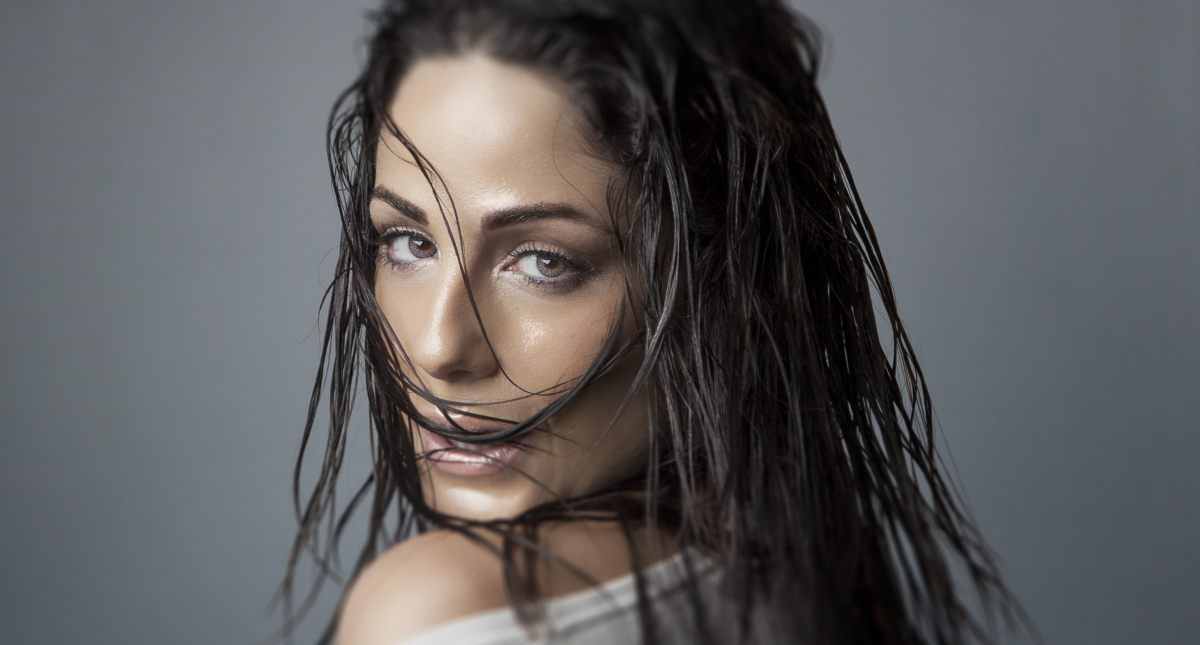 ESC+Plus has had the chance to talk to Ira Losco a few months after representing Malta at Eurovision for the second time. Find out how she experienced her second attempt and her plans for 2017 below:

Hi Ira! Firstly, we would like to thank you for your time, and for give us the opportunity to have this little conversation with you. Let’s start!

E+ Many of us discovered you in 2002, when you represented Malta in the Eurovision Song Contest held in Tallinn. What did it mean to you to be on a stage of such dimensions when you were only 20 years? Was it a good springboard to start your career?

Eurovision 2002 was a great experience for me. I wasn’t very experienced at 20 years of age, but I knew that I wanted to be on stage and I definitely knew that I was born to do this. I loved music and I wanted to go places. I never imagined that I could place 2nd, especially with a song that wasn’t really my style at all. I didn’t have any expectations at all at  Eurovision and didn’t know what to expect because I barely knew about the contest back then .

E+ Your entry ‘7th Wonder’, which had commercial rhythms, carried a simple message, the innocent love. How did the song come to your hands?

E+ “7th Wonder” was such a good entry that you ended in the 2nd place leading the top until the last voting country. How did you feel when you finished the competition only 12 points away from the victory? Did you feel satisfied or sad?

I never ever felt sad. I never felt like we were robbed. I felt like I had given my very best and really enjoyed it. Even if we tied Marie N would’ve still won because she got the most consecutive 12 points. So the only way we could have beaten Latvia was by more points that day.

E+ After the contest, your popularity in Malta grew a lot becoming one of the most important stars on the island. During your musical career, you have also sung with international singers like Elton John, Maroon 5 or the Spanish star Enrique Iglesias. What did these experiences mean to you? Did they enrich you as an artist?

E+ At the beginning of the year, you decided to participate in the Maltese selection for the Eurovision Song Contest 2016 (MESC’16). Not only did you submit one song, but also a second one. Why did you decide to send two entries instead of focusing on one?

The regulations allowed for more than one song to be submitted. I had two suitable songs for the contest so naturally I submitted both. I come from a very different world than the contest. In that I write songs in bulk to ultimately be used in my albums. I do not just write one song here and there to enter into contests and festivals.

E+ Frequently, we see familiar faces in MESC because they participate one year and another. Did you feel support by your colleagues? How did you receive the support of your fans and the audience of the show?

In previous years I was asked to do Eurovision numerous times. I wanted to represent my country only if the people wanted me. It was hard to participate in the national final from the get go because there was a lot of expectations, Some of my fans didn’t want me to do it but the majority seemed to be happy. The TV viewers had a pre-conceived idea that since I’m participating I’m going to win it but truthfully I never saw it that way . It did however take away some of the fun. I genuinely felt uneasy about the national contest and felt I could not be myself . To add to that I had to deal with the news that I had just found out I was pregnant and that required some adjusting from my part.  I promised myself , a few weeks after the local festival , once i got back in the studio and enjoying it that i’m not going to let anything affect me and i am grateful till this day that from that day on i managed to keep very calm and collected .I’ve been around long enough to know how to handle this stuff. What’s more important to me was the support of my loved ones, my fans and making new friends along the way.

E+ The rules of the Maltese national contest let the artist change their song after being chosen, so tell us how the internal process led you to select ‘Walk On Water’. Why did you decide to change the song?

Yes as I mentioned the rules were clear and prior to the festival it was mentioned to us all that there is a big chance this year this rule was going to be put into effect . Maybe it was due to  Malta not qualifying a number of times these last few years . But to be honest this didn’t bother me at all .When I write for my albums I am continuously challenging the songs which will make it or won’t make it to my album. Some songs get to change drastically whilst others need a few tweaks so this was not a strange process to me at all . So once a number of new songs were recorded they were put to the challenge against Chameleon and there was quite an elaborate voting system which took place. Ultimately the songs that emerged with the max number of votes was  WALK ON WATER.

E+ Your first rehearsal was one of the most followed ones that day. How did you feel when you stepped the floor of the Eurovision stage fourteen years later?

I felt prepared and was looking forward to singing my heart out.

E+ One of the most exciting news of the 2016 edition was when we knew that you were pregnant. If anybody asked me ‘Which the most emotive moment that I have lived in the Eurovision Song Contest is’, I might answer when you had just finished your performance and touched your belly. But, why did you wait until Eurovision to tell us the news?

I didn’t want anyone to affect my frame of mind in the running towards the competition. I also didn’t want anyone to doubt my capabilities for one second. There is still, unfortunately, a sort of stigma towards pregnant women. They are treated like they have a disability in the professional world. So I argued Why should I make a big deal out of it ? I’m not going to stand in my own way, so no one else should either. So I kept the news of my pregnancy to myself till I possibly could and it became evident. My wish was to leave the news till after Eurovision but news was emerging fast around that week so we chose mother’s day to break the news. 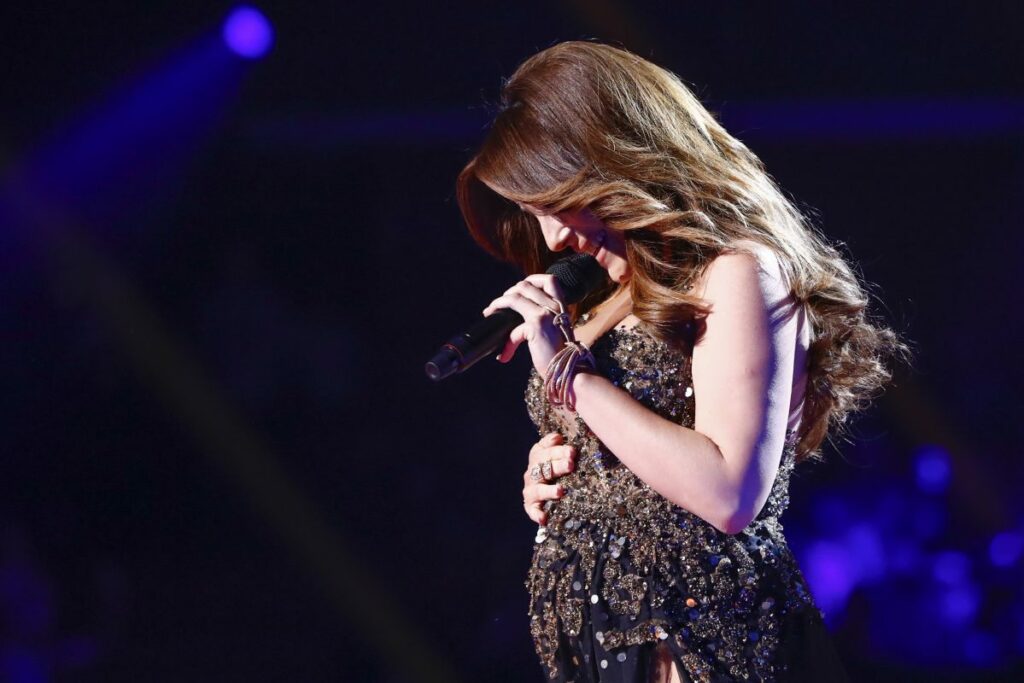 E+ Another exciting moment for you came when the jury awarded you with 137 and, consequently, you came 4th. After this, the televoting only gave you 16 points which meant a 12th place in the final scoreboard of the competition. How did you experience this roller-coaster? Did you expect it?

With the contest having increased the participating countries to 48  it has become even harder for countries from Central Europe to score well in televote. Countries like Spain, Italy and Germany placed towards the end in the final.I had a strong feeling Spain would be in top 5 it would have been well deserved . I love Barei and we shared some great moments together. Going back to the votes coming 1st in the jury votes in the semi final 1 and 4th in jury out of all those countries was amazing I was very happy with that. I’m not disappointed with the televotes coz what’s different to a televote , a jury can score all the songs and the points add up . in short if you give walk on water a third place it will have a good score over all whilst televoting is a mixture of people voting for the countries they relate to , most vote once twice max so you give your vote to 1-2 songs whom one feels should be the winner. The rest get no scores.  It is what it is and it is a great experience for all the participants even those who didn’t make the final imo.

The contest is more credible nowadays. With record labels sending emerging artists to the contest. The quality of the songs has also improved. I was lucky enough to be participating in Sweden, they take the contest very seriously and the set up was amazing. What I really enjoyed was the feeling of great camaraderie that there was between the artists.

E+ Last week, various media outlets have announced that the representative of Malta in the Eurovision Song Contest 2017 will be chosen by solely televoting, What do you think about it?

Music is very subjective, so is the artist who people choose to like. So one cannot say whether this will work or won’t work till the semi final night at Eurovision. What’s for sure is either way one chooses to do it imo nothing beats mirroring how its done in Eurovision and I guarantee if a song wins using a jury strategy people will say that was the way to go , if a song doesn’t qualify to the final using a 100% local televote people will argue the complete opposite and say that it’s not the way to go so i feel it’s best to always keep an open mind .

E+ After almost 15 years of musical career, more than 20 music awards, several performances along with international singers and 4 studio albums. Do you remember any tense situations which you have solved in a positive way?

I have always been very respectful to other artists and to my  public and I think that has helped me to resolve many compromising situations in a calm and professional manner.

E+ Now, you are recording a new album which will be released by the end of this year. Could you tell us about your plans for the upcoming New Year? What hopes do you have put on your new album?

I carried on with my recording till literally two weeks before I gave birth to my son at the end of August but this year we decided not to have bookings open for any performances as I focused on my new songs and of course Eurovision. Publicity , TV and live performances I could say I was on a short break. As of January my work re commences. I start filming videos, continue finalizing my album and I start performing and travelling again. I can’t wait!! There is a body of work including 22 songs which have been shortlisted which will be released throughout these next two years.

E+ To conclude this interview, we would like to give you the opportunity to write our readers a few words. We don’t know if Eurovision will be crossing in your way again, but we are looking forward to your future projects. Thank you so much Ira!

I would love to thank everyone who has shown me support and who has followed my music and continues to do so. I can’t wait to share my next album with you all!!