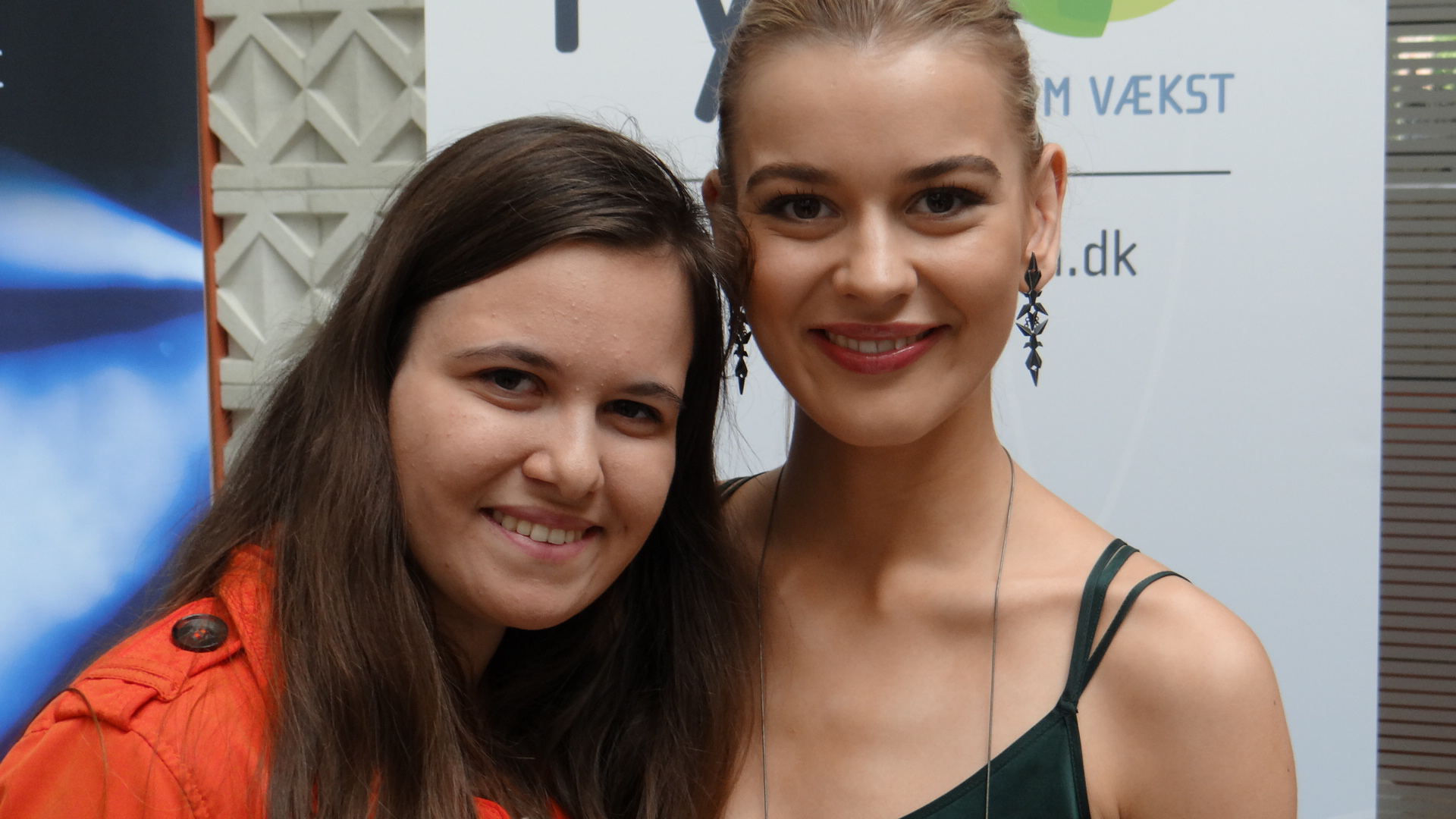 Yesterday we spoke to the winner of this year’s Eurovision Emmelie de Forest. Emmelie told us about what she has been up to since winning the whole thing in Malmö, her plans for the future, how she feels about Copenhagen being the host city of 2014 and if she would ever considering participating in Eurovision again.

You can watch the video interview we have recorded in Danish as well with English subtitles below!

The interview is also available to read:

E+: Hi Emmelie! First of all thank you very much for this interview!

E+: Take us back to the night on the 18th of May, when you realised you were the winner of Eurovision 2013, what was going through your mind?

Emmelie: It was a really special feeling. Sometimes I think I haven’t actually realised what had happened in that moment. I still haven’t watched the show (laughs), I have watched the Danish National final, but not Eurovision. One day when I’m free, I really have to sit down and watch it all. But winning was really surreal. I mean I had dreamed about it a little bit, but I never dared to hope for it, so when it happened, it was completely amazing.

E+: Can you tell us a little bit about what you have been up to since winning Eurovision?

Emmelie: There has been a lot of stuff going on! I have shot two music videos, for my singles ”Hunter & Prey” and ”Only Teardrops” and have also released and promoted my debut album ”Only Teardrops.”, and there has been a lot of traveling. I have played with my band and of course with the drummers Morten and Jacob who played with me on stage in Malmö. I have been to Germany, actually I was there 5 times, I think! Also I was in Sweden, the Netherlands, Belarus and Norway. Basically I have been to a lot of exciting places, that I have never went to before

E+: Recently you have been posting a lot on facobook, instagram etc. about wrting new song. Does that mean we’re getting new material from you soon?

Emmelie: Yes next year. In March or April I think, or definitly sometime in the spring. I have just been on a songwriting camp for 3 days, and it has been very inspiring. I think some great things has come out of it, and I’m going to have an amazing single ready for Eurovision next year.

E+: Your tour in Denmark and Germany has recently been postponed. Is it possible that more international dates will be added when it’s resumed?

Emmelie: I’m not sure yet, but one thing I know is that I really want to tour in Sweden. It is kind of a second homecountry for me because my father was Swedish and I have some of my family living there. So to go there and tour would really mean a lot to me. In the near future, I’m going to China, on New Year’s Eve actually. I have never been there before so it’s really exciting.

E+: In the begining of September, Copenhagen was chosen as the host city for Eurovision 2014? What is your opinion about that?

Emmelie: It’s lovely. I’m sure that no matter where it would have been held, whether it was in Copenhagen or in Jutland, that people would have done their very best to make Eurovision completely perfect. But I think Copenhagen has a lot to offer. B&W hallerne is placed in a very central place and I really like the whole idea with the ”Eurovision Island”. I was out there to see it all the other day, it’s very raw and and very different and I definitely think that Eurovision next year will be something unique that we haven’t seen before.

E+: Do you know yet, if you will have any kind of role in next year’s Eurovision?

Emmelie: Well it’s tradition that the previous year’s winner sings, but I’m still not sure yet. I know that I will sing in the Danish National final. We haven’t decided anything about Eurovision yet but I hope that I will sing there as well.

E+: Could you imagine ever competing in Eurovision again? As a songwriter maybe?

Emmelie: Yeah maybe, I have never tried to write a song for anyone else before, only for myself, but I was just thinking about it the other day, that it could be fun to write a song for someone else, possibly for Eurovision, because it has given me so much. I probably wouldn’t compete as a singer again, because to me it was this huge one-time experience, but to write for others is somthing I could very well end up doing.

E+: Do you have a message for your fans and readers of esc-plus.com?

Emmelie: I just want to say thank you so much for your support and encouragement and for the messages you send to me. All the love that I get on both facebook and instagram, it really means a lot to me. It really keeps me going when I know, that my music means so much to you and inspires you. It means more than you can ever imagine.

E+: Thank you so much Emmelie