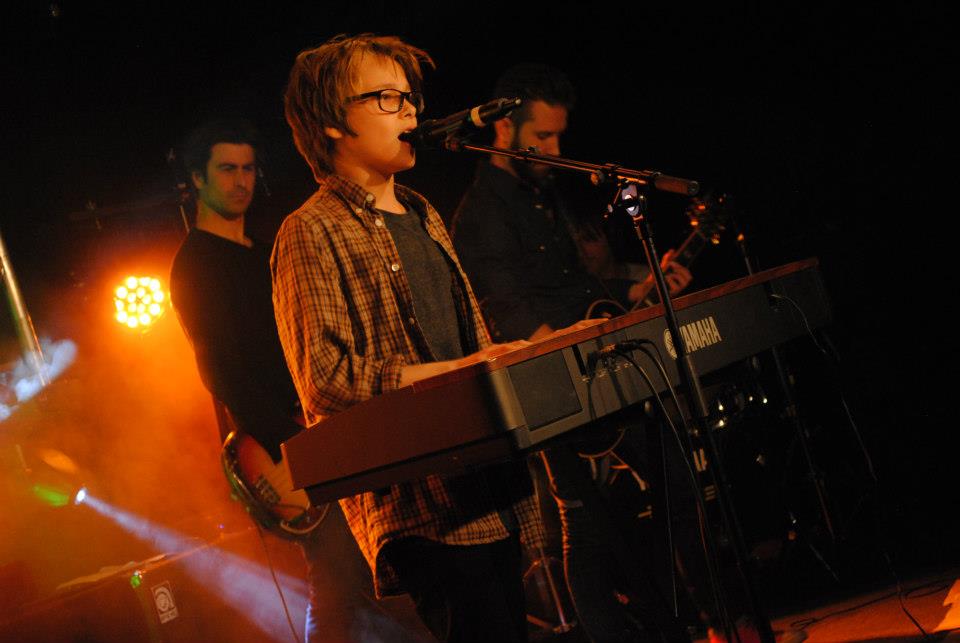 ESC+Plus.com has had the opportunity to talk with the Swedish representative at Junior Eurovision 2013. Elias has told us about his preparations for the contest revealing some details about the stage performance and that the final version of his song will be released on i-Tunes and other music platforms early November.

E+: Hello Elias, first of all thank you so much for giving us this interview as Swedish representative at Junior Eurovision 2013 and congratulations on winning Lilla Melodifestivalen 2013!

How did you feel when you listened your were the winner of Lilla Melodifestivalen 2013? What does being the Swedish representative in Kiev mean for you?

Elias: I was in shock because I had never imagine I was going to win! When I realised about it, I was a bit afraid and… Yeah it was a weird feeling but at the same time, I was the happiest person in the world.

It is fantastic to represent Sweden! It means so much to me, I am going to perform my song in front of thousands of fans and I am also going to meet new people and make some new friends. It’s going to be an experience I had never expected. And I must say, It is really cool to represent your country!

E+: Have you watched Junior Eurovision before? What are your favourite singers in the history of the competition?

Elias: I only can remember the Swedish entrants, Erik Rapp is really good and Lova from last year had a very nice song. Anastasiya from Ukraine, who won last year, had a fantastic voice and a really good song.

E+: Do you usually watch senior Eurovision? What are your favourite Eurovision singers and songs?

Elias: Yes I watch Eurovision. I really like Loreen but there have been many other artists I like too. I liked Harel Skaat from Israel with the song Milim, I think it was 2010.

E+: Can you tell us what is your song about?

Elias: The song is a message to all young people, to remember them that we are the future and If we work together for the same goals, we can build a better world. Something about that together we are stronger but described in a more poetic way.

E+: Will you release a new version or will you keep it like the one we listened at Lilla Melodifestivalen?

Elias: There will be a new version to be available on iTunes and all digital platforms early November, that one will be the version I will perform in Kyiv.

E+: Can you tell us about your staging in Kiev? Can you reveal any information?

Elias: I will have two guys with me on stage in Kyiv, I think its going to be awesome. I haven’t decided the clothes yet.

E+: Have you listened to the other already selected entries for Junior Eurovision 2013? What do you think about them?

E: I have listened to all of the already presented entries, all singers are very talented and It’s going to be an honour to share the stage with them.

Elias: I like spending the time writing and producing music on my computer, I also play the piano and I attend dance lessons some times a week. Music and dance are also my favourite hobbies and school subjects, but I also like English and Sports.

I listen to all kind of music: rock, house, pop and classical. My own music is around the pop genre but I also like making house music adding some folk and classical music influences. Sometimes I just write pop songs. My goals and dreams are working in the music world, not just as a singer, also as songwriter.

E+: Could you send a message for our readers and fans of the competition?

Elias: Be good with yourself and others! Let the music be a part of your life and don’t miss Junior Eurovision Contest 2013!