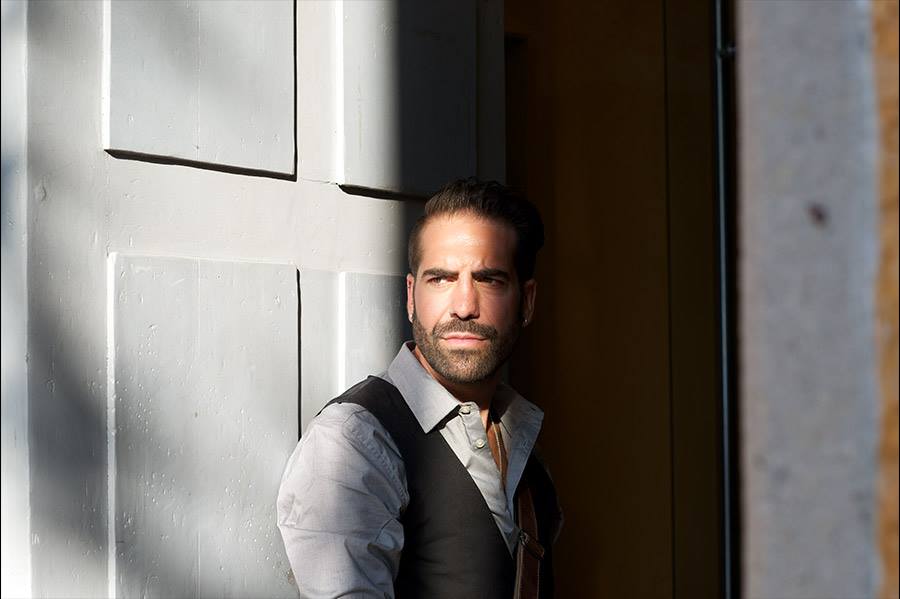 ESC+Plus has talked to Andy McSean, one of the nine lucky artists selected by SRF for the Expert Check phase of the Swiss selection for Eurovision 2015.

ESC+Plus: Hello Andy! Firstly, How do you feel after having been selected by SRF for the next stage?

Of course, I’m exited and I have a thrill of anticipation. On the other side, there is kind of composure. It is on the jury to choose from 18 good candidates – it starts to be very subjective from here. We will do our best – and hope for a positive feedback.

E+: Why did you decide entering the competition?

I started my solo-project about 3 years ago. There was a lot of building work. In 2014 I released my first album in January – than formed my band for touring. Everything is ready now for the next steps.

E+: Are you a Eurovision follower or have you seen it before?

I was growing up with de ESC. It is one of those great childhood-memories – I was exceptionally allowed to eat in front of the TV while watching the contest.

It was a great experience as a songwriter writing a song targeted on an event. I’ve tried to imagine the moment of performing the song in front of the esc-crowd. It was my wish to create a happy song with the power to start the crowd moving, clapping or sing along. Lyrically it tells the story of these magic little moments, catching somebody’s eyes on the dance floor – overwhelmed by this character.

E+: There is already much time until the national final but if you won the ticket to the show. How do you want your performance looks like?

It should be a good mix of coolness, naturalness and entertainment. In the end, it is the music that should be to the fore. I do like performances with little moves, some interaction with the crowd and the cameras – and pretty much fun. Everyone notice if you enjoy what you’re doing on stage. It shouldn’t be put on.

E+: Can you tell us about your musical career, your professional achievements …?

I was always into music. My parents are big fans – my mum turned on the pop radio, my dad was collecting vinyl discs of rock acts. They promoted me all the time and gave me the opportunity to learn instruments like flute and keyboard. At the age of 16, I fell in love with singing. I was switching from the keyboard to the singing group of our school-band, because one of the lead singers was missing. From than, there was no way back! I’ve joined different local bands – started to learn guitar, bass and piano autodidactically – played every gig that we could get. We played our first studio sessions and recorded demo tapes. It was getting high and low with the wave of success. I was never satisfied with all the projects, because it was never really “my” music. The last band broke up in 2011 – and I tried to continue as a solo artist. First scared of the new situation, it changed into a big chance to write and play music as I always imagined. But there was no stage for a “no-name” artist. So I started busking intensely. First in cities around me, than in cities in the whole Swiss and bordering countries – at least in the Grafton Street in Ireland. Many dreams came true – and it was a motivation to move it to a higher level. By chance, a guy from a record label in Austria watched me busking and offered me a record deal. That was the start of a new era. I had the chance to record my first album with my very own songs. With the album, it was possible to spark musicians to join the band for touring – and clubs to book Andy McSean. Maybe the next step ist the ESC 2015 – don’t stop dreaming…

The ESC is still one of the biggest TV-Shows worldwide. It is a huge opportunity to present your music and your name. Every music-project is like a brand. It could be absolutely great – but if no one knows it, there couldn’t be any success!

E+: Do you have any favorite song among the other candidates?

I like a lot of them. All of them are good and unique. The songs of Arbresha, Timebelle and Thierry Condor fits best to my personal taste.

E+: Finally, Can you send a message for our readers?

Everyone can make music! Grab an instrument, practice and enjoy. It’s the best contrast-program to our fast and frantic everyday life…