The 10 artists and songs, that are competing in the Danish national final are supposed to be announced by DR on January 26th, but several Danish residents, who have pre-ordered the official DMGP 2015 cd, have already received it today, and thus can see both the singers, composers and listen to the songs.

This editor is one of those, who has been lucky enough to already have received a cd, and therefore we can here at ESC+Plus, exclusively present you the line-up for Dansk Melodi Grand Prix 2015 (please note that this is not how the running order will be at DMGP 2015): 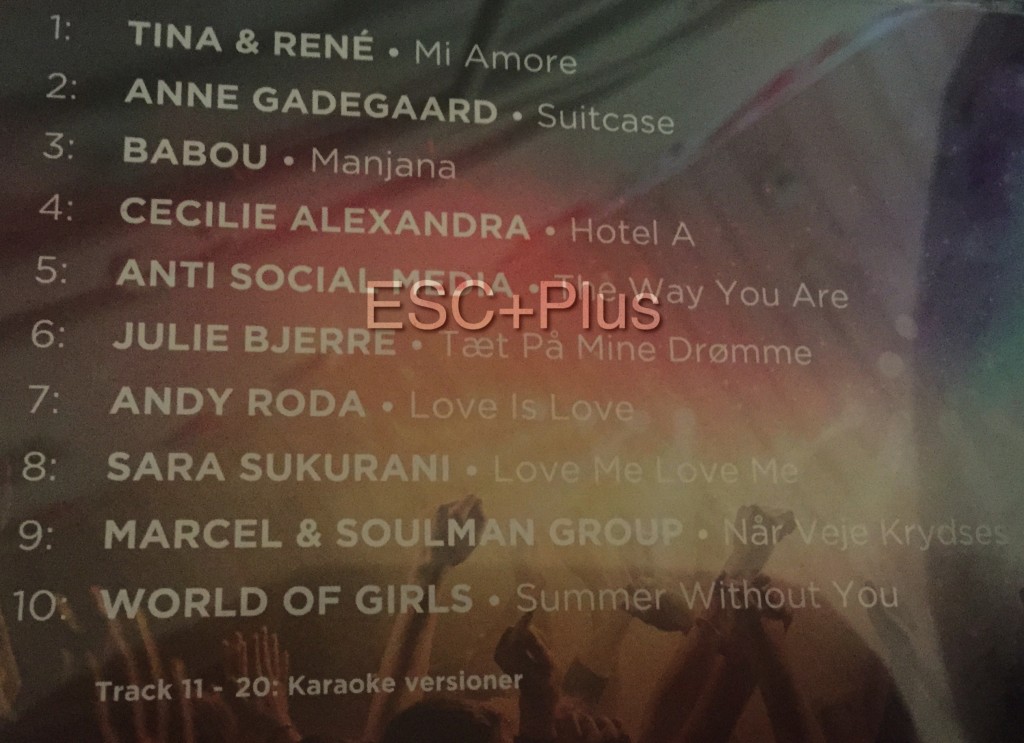 The singers Marcel and Andy Roda have previous Eurovision experience, as they were both backing vocalists for Basim, when he performed “Cliche Love Song” at Eurovision in Copenhagen last year. Anne Gadegaard is someone who Junior Eurovision fans may recognize, as she represented Denmark at Junior Eurovision 2003.

On the songwriter side, we also have several people with Eurovision experience, including 3 Eurovision winners, namely Thomas G:Son, who composed Sweden’s 2012 winner “Euphoria”, Marcos Ubeda, who wrote “Take Me To Your Heaven”, that won for Sweden in 1999, and Lise Cabble, who composed the 2013 winner “Only Teardrops” for Denmark. Arash, who represented Azerbaijan in Eurovision 2009 also has a song in the contest, as well as Remee and ChiefOne, who composed Denmark’s 2012 entry “Should’ve Known Better”, and Alex Papaconstantinou, who previously composed Greece’s 2007 song “Yassou Maria”, Azerbaijan’s 2009 entry “Always”, and “La La Love”, that represented Cyprus in 2012.

The songs will be released in full length for everyone to listen, on Monday, January 26th.

Dansk Melodi Grand Prix 2015 will be held on February 7th in Gigantium, Aalborg.